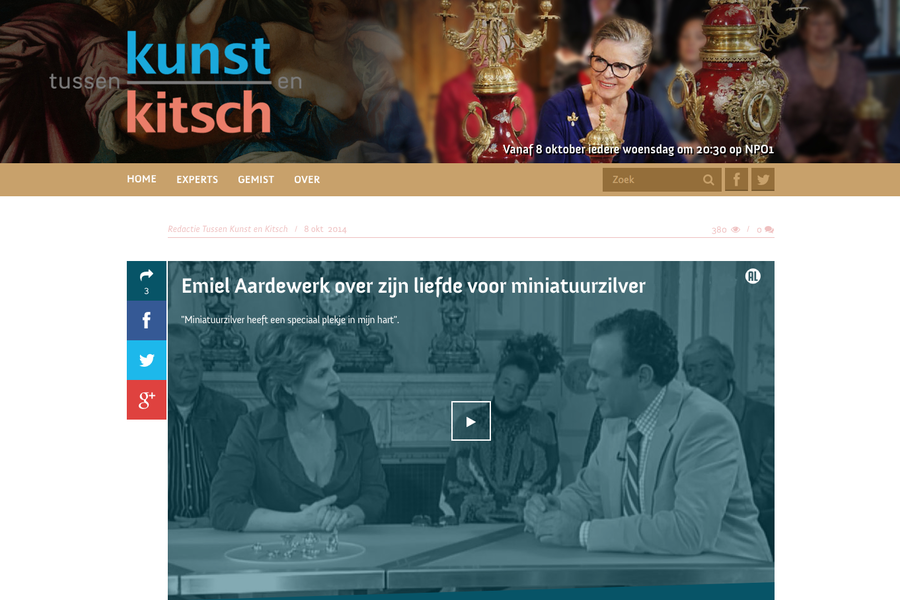 The Dutch television show "Tussen Kunst & Kitsch" is celebrating it's 30 year anniversary. Emiel Aardewerk is the silver expert in this show since 2004 when he succeeded his father who was the silver expert since the start of the program in 1984. In this video he tells about the firm A. Aardewerk Antiquair Juwelier and his passion for miniature silver.