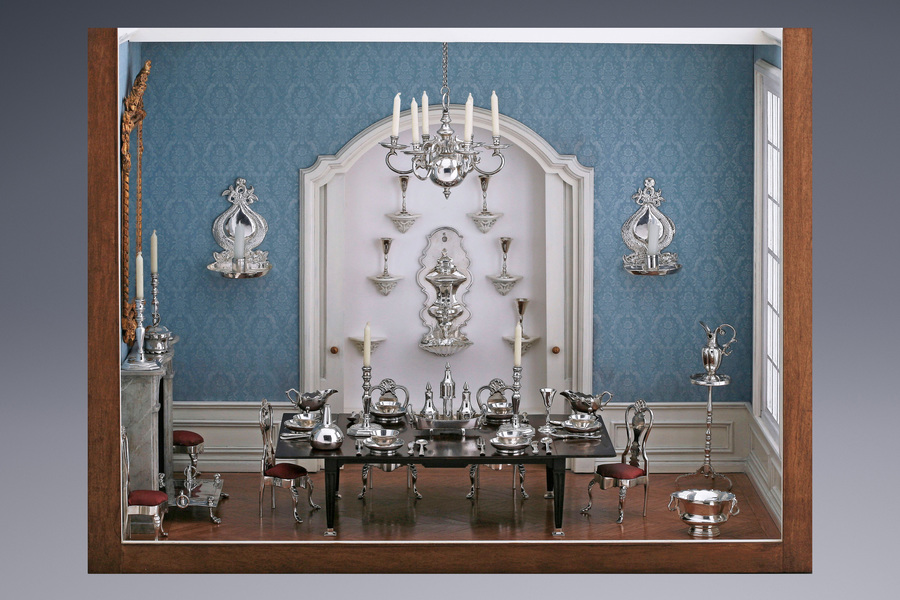 This dining room, designed after an eighteenth-century example, is fully furnished with eighteenth-century miniature silver.
The table is laid for six, with a rare, complete set of cutlery consisting of six forks, six knives and six spoons. Between the candlesticks in the centre of the table is an equally rare oil and vinegar cruet set and a pair of sauce boats. The pièce de résistance is the wall fountain in the alcove, which can be closed off with two sliding doors. An actual fountain of this kind would have been filled with wine. Costly engraved glasses were displayed on the console tables around the fountain. During the meal, diners could take a glass and fill it with wine before resuming their place at the table. The set of six dining chairs around the table is exceptional. There is a silver fire back and a hearth plate in the fireplace.