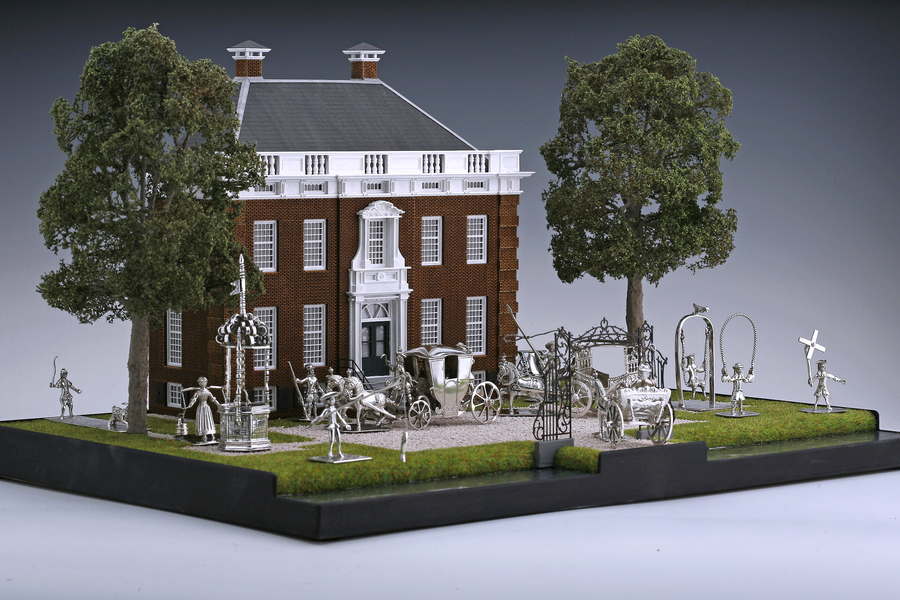 On the east bank of the River Vecht, to the north of the historic centre of Maarssen, lies Goudestein, an impressive country house. The seventeenth- and eighteenth-century silver miniatures standing at this scale model of the mansion present a picture of the way people spent their summers at their country estates. We see, for instance, children playing, a fisherman and several fine carriages.
One of the carriages at Goudestein is a rare closed coach with a pair of horses, a coachman, two passengers and a groom. This coach and the chaise were made by Arnoldus van Geffen in 1743 and around 1750. The well is also an extremely rare miniature—in fact the only one of its kind we know of—and was made around 1700 marked with an unidentified maker’s mark. All but one of the miniatures were made in Amsterdam: the woman with the yoke walking towards the well was made in Haarlem around 1730 by Abraham van der Hoeff.