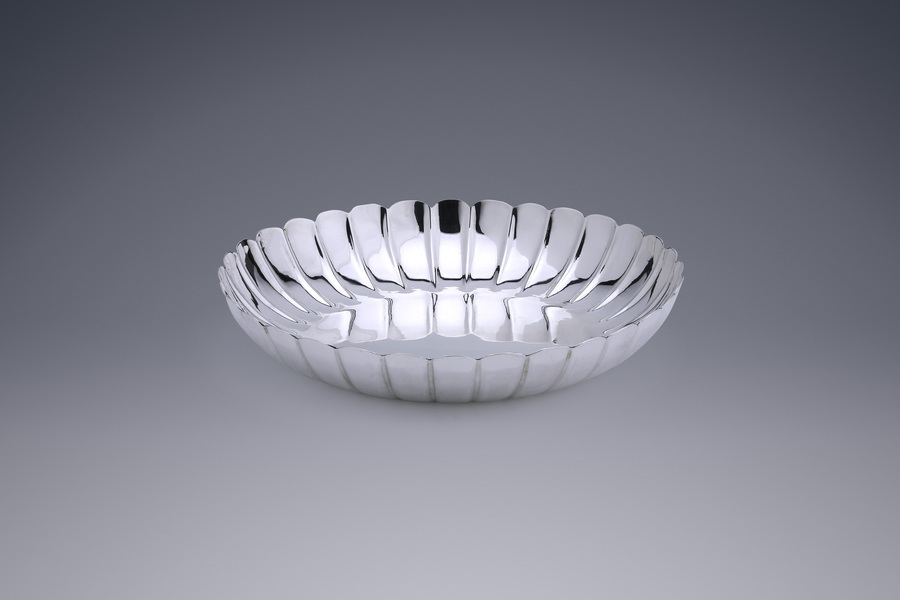 A Large and Early Strawberry Dish

This superb silver strawberry dish is a very early example. Made in 1718, the dish is round with a curved rim divided into large lobes by chased lines. The understated design gives the dish a timeless air and creates a beautiful effect of light. It is a fine example of almost three-hundred-year-old design. The oldest known silver strawberry dish was made in London in 1699. This example, made in The Hague by Adriaan Havelaar in 1718, is one of the earliest known Dutch strawberry dishes and, at a diameter of 21.6 centimetres, also one of the largest. Although dishes of this type have been commonly described in the literature as strawberry dishes, in England they were also known as ‘scallopt plates’
or ‘ sallet dishes’. This indicates they were not only used to serve strawberries.