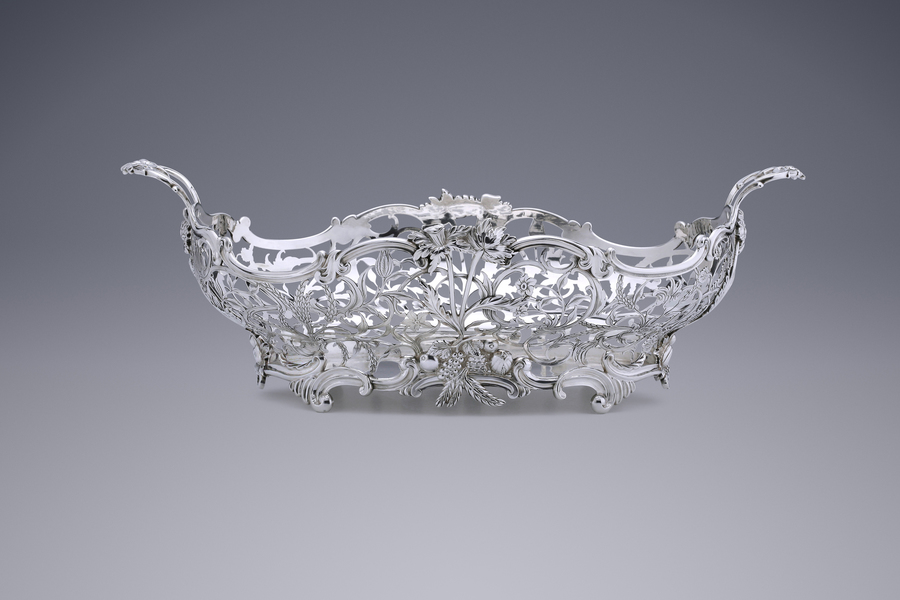 This basket is a fine example of the Dutch Louis XV style. Tastes changed under Louis XV (1715-1774). While Baroque was essentially a court style, the new Rococo was aimed at the salons, the elegant, smaller and more comfortable rooms in the homes of the wealthy. It brought with it a combination of flowing lines, asymmetrical curves and rocailles (shell-like curls and decorations). It was the rocailles that gave the style its name, Rococo.
The first silver baskets appeared in the Netherlands around 1747, when this style had just reached the country. The oval model with the slightly curved upstanding body is typically Dutch. In eighteenth-century inventories, large baskets like this are described as bread baskets . The only other place in Europe where silver baskets were made was England, but the English variants are rounder and have a hinged handle rather than an integral handle at each end. This basket is one of the largest made by Reinier Brandt, a highly skilled and productive maker of tableware who had made baskets one of his specialities. His skill in spacing the ornamentation on the sloping walls evenly and creating the finest of openwork was unrivalled. Without compromising the strength of the basket, he created an extraordinarily delicate decoration of flowers and vines.