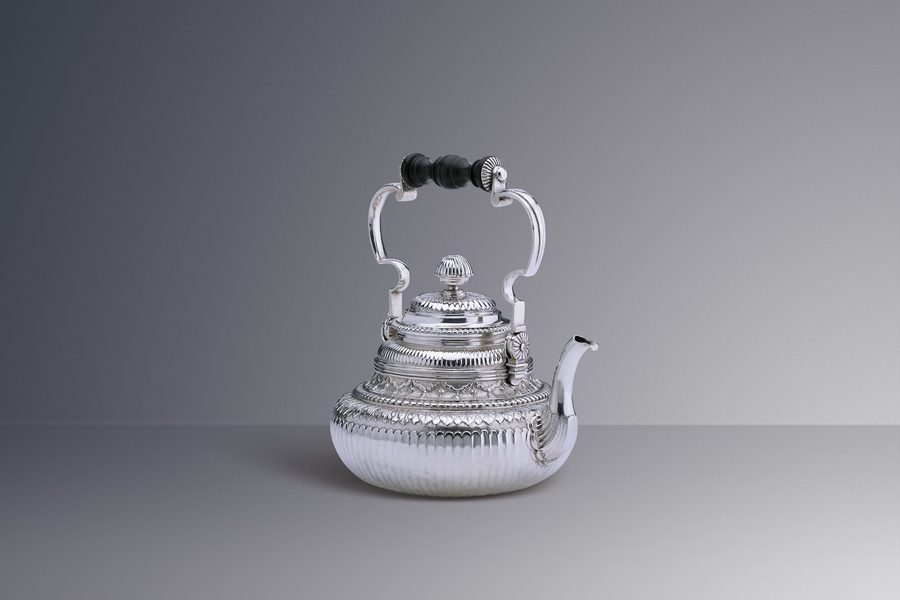 This utterly delightful, intricately decorated style of teapot is often regarded as typically Frisian. Thanks to this exceptionally early example, we now know that the inspiration for Frisian teapots had its origins in The Hague.
The maker, Willem van Batenburg, was recorded in the guild register in The Hague on 25 October 1701. One of his apprentices was Hidde Halbertsma of Dokkum, who came to Van Batenburg in 1706 to learn the silversmithing trade. After his training, Halbertsma settled in Gorredijk in Friesland. It is very possible that it was he who introduced this model of teapot into Friesland. Van Batenburg died in 1724. We know of few pieces made by him. As well as this lovely little pot, there are three magnificent goblets with covers, two made in 1706 and one in 1709.