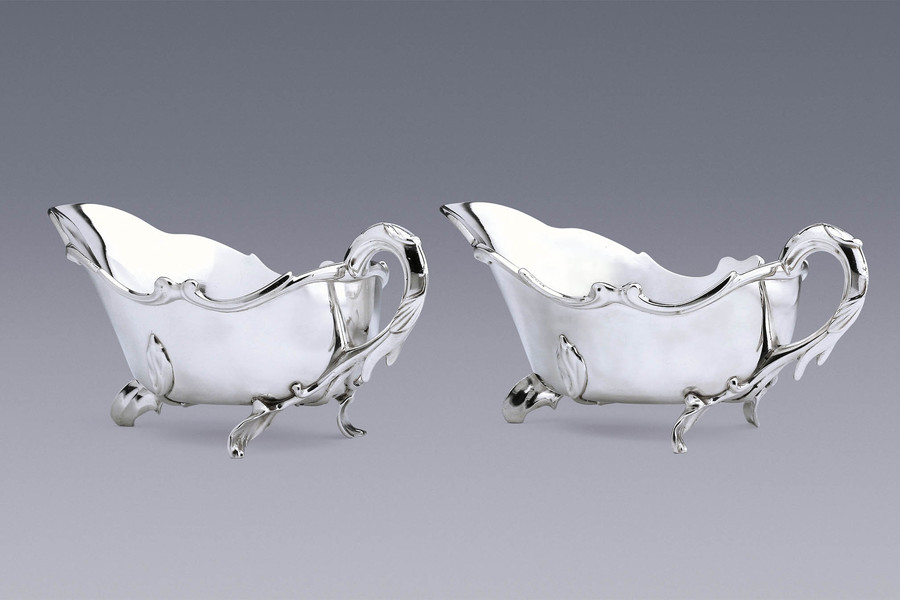 An Elegant Pair of Sauce Boats

Each of these highly elegant sauce boats by Reynier de Haan has a handle in the shape of a branch with leaves that sprouts three twigs along the underside of the body. At the ends of the twigs are five leaves, three of which form feet. The sauce boats themselves are completely plain with cast scrolls along the wavy rim. The arms of the Dierkens Blanchard family are engraved under the lip. The plain, slightly curved form of these sauce boats, accentuating the reflective effect of the silver, is typical of eighteenth-century silver from The Hague. This style, which was imitated by various silversmiths in other towns and cities, is regarded as one of the most original and successful interpretations of Rococo in the Netherlands.