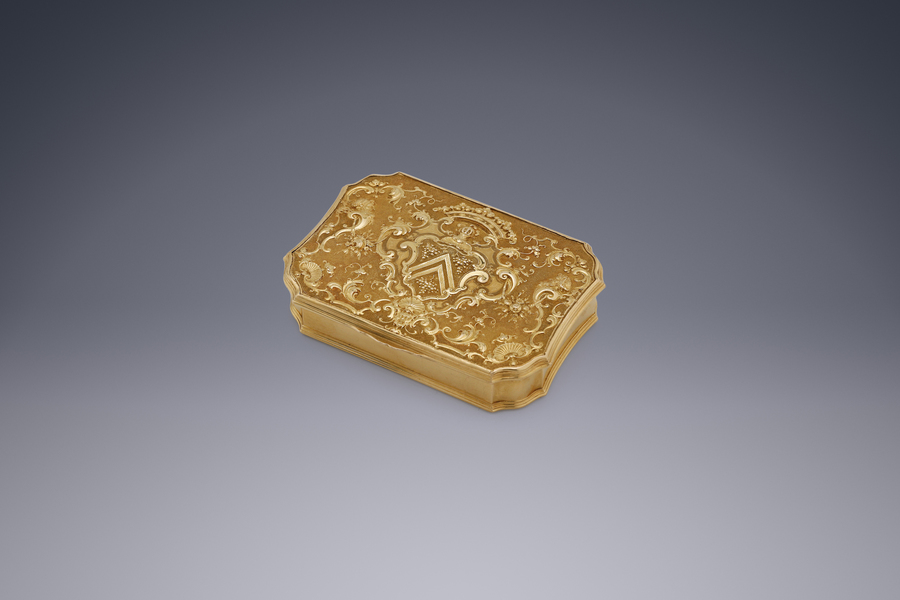 In the eighteenth century, almost every well-to-do man would carry a snuffbox. Tobacco was smoked and chewed, but it was also ground to a fine powder and inhaled, to invigorating effect. Snuff was kept in jars, but carried in small quantities for daily use in little boxes that rapidly became a status symbol. The more expensive the snuffbox, the greater the impression its owner could make.
Louis XIV originally took snuff to relieve his migraines. Like so many new usages at the French court, it was adopted by the circles around the royal household and became a fashion among the aristocracy. Among the upper classes in France and Germany it was by no means unusual to have at least one snuffbox for every day of the week. Karl Anselm (fourth Prince of Thurn and Taxis, 1733-1805) actually owned sixty-seven. The boxes were made of silver or, better yet, much more costly gold, and were sometimes decorated with enamelled vignettes. To create an indelible impression, the very rich commissioned gold boxes set with diamonds or other precious stones. This was less common in the Netherlands, even though the snuffbox was very much in vogue in Holland, particularly in Amsterdam. Although we know of an example set with precious stones that Jean Saint, the maker of this box, made in 1739 (coll. Rijksmuseum Amsterdam), a solid gold snuffbox was more fashionable in Amsterdam.
Solid gold Dutch snuffboxes are very rare. This example is one of the earliest and also one of the few executed wholly in Louis XIV style. Most gold snuffboxes are made in the Rococo style. The rectangular box has curved corners and the lid is decorated with the arms of Jan Nicolaas van Eys. The coat of arms and the helm and crown above it are beautifully chased amid a strictly symmetrical design of C-scrolls, scallop shells, strapwork and mascarons against a textured background. These ornaments perfectly reflect the prevailing Louis XIV fashion.