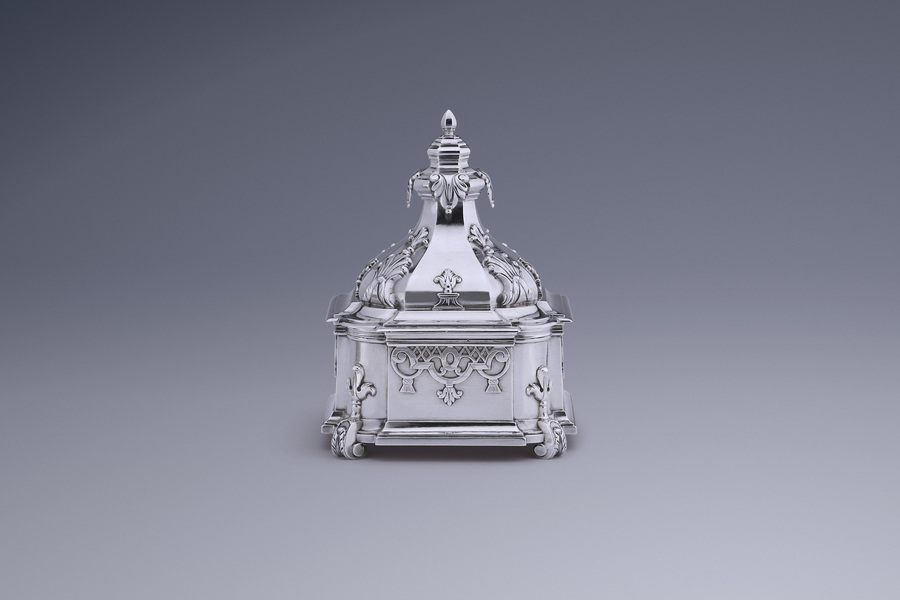 Throughout the whole of the eighteenth century, there were only some thirty-five silversmiths working in Nijmegen, as against around three hundred in Amsterdam. This was because only a few dozen better-off families who could afford silver for family use lived in the town. The number of known Nijmegen silver tobacco jars from this period can be counted on the fingers of both hands. This monumental example is very elaborately decorated with cast ornaments on the cover. Both these ornaments and the shape of the tobacco jar itself are modelled on the work of Cornelii’s Amsterdam counterpart Hendrik Swierinck, by whom several tobacco jars in this design are known. It is possible that Cornelii bought this jar from Swierinck and sold it in Nijmegen, guaranteeing the silver content by striking his own maker’s mark on it.