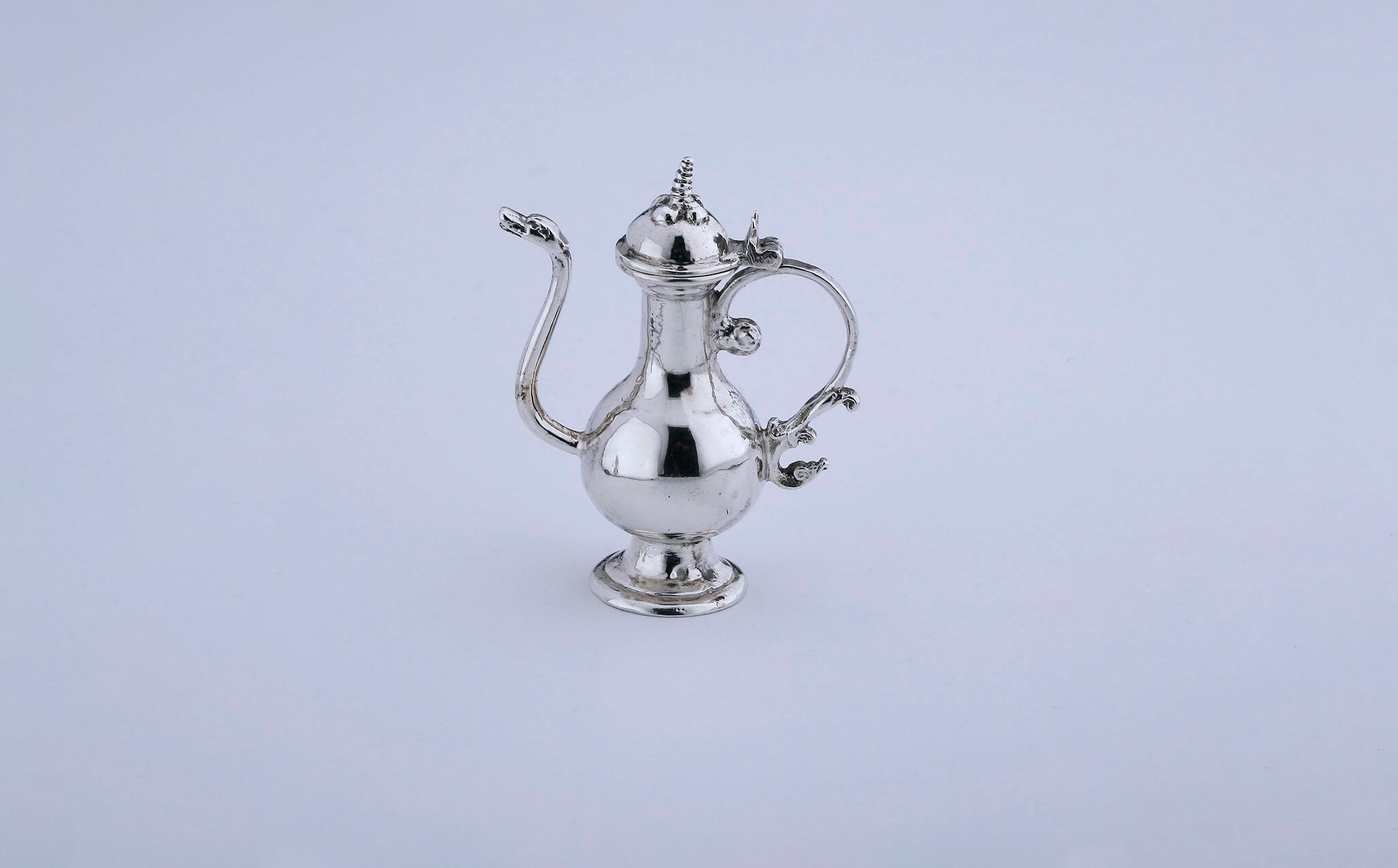 This very elegant, silver miniature wine jug was made in the Netherlands in the 17th century.
Seventeenth century still lifes often depict a wine jug, sometimes this model with an elegant swan neck spout. Wine was a luxury product and was not to be forgotten in these paintings. The wine that was mainly drunk during the first half of the Golden Age was sweet and white. Probably this was Rhine wine, originating from vineyards along the Rhine in Germany, at that time the most important wine producer after France.

It was not until the second half of the 17th century that red wine was imported into the Netherlands. As a result of increased international trade and the resulting prosperity, knowledge about and demand for red wine emerged. New wine countries and regions were discovered, such as Spain, the Loire and Bordeaux.

Because of their involvement in the drainage of the later vineyards in the Bordeaux region, the Dutch already had a firm foothold on the French and partly because of this, the wine from that region soon found its way to the low countries. Huge quantities - initially light red - of wine were transported to the Netherlands.