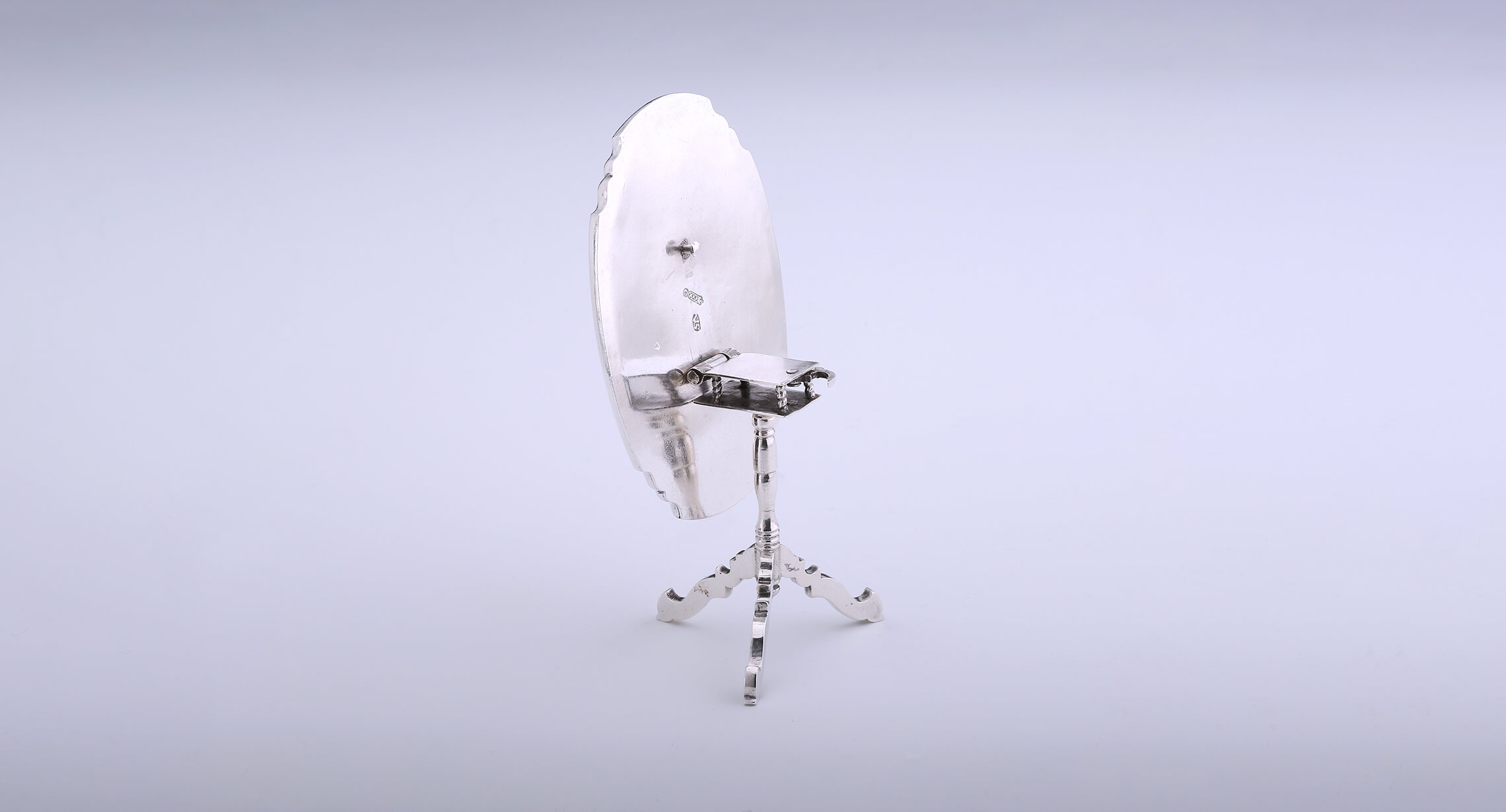 The top of this silver miniature folding table hinges on its base. Like the full size table this miniature version was modelled on, it can be folded and placed against the wall when not in use, so that it does not take up an unnecessary amount of space.

In the Golden Age meals were generally eaten in the kitchen, as they had been during the Renaissance. Even in wealthy merchants’ households, kitchens would be furnished with relatively simple chairs, often with cane seats and backs. There would be folding tables that could be tidied away against the wall after use. The tops of these folding tables were often decorated, so that they provided an ornamental element when placed against the wall. In the eighteenth and nineteenth centuries, Hindelopen was known as a centre for the manufacture of these tables, featuring floral patterns and biblical scenes.