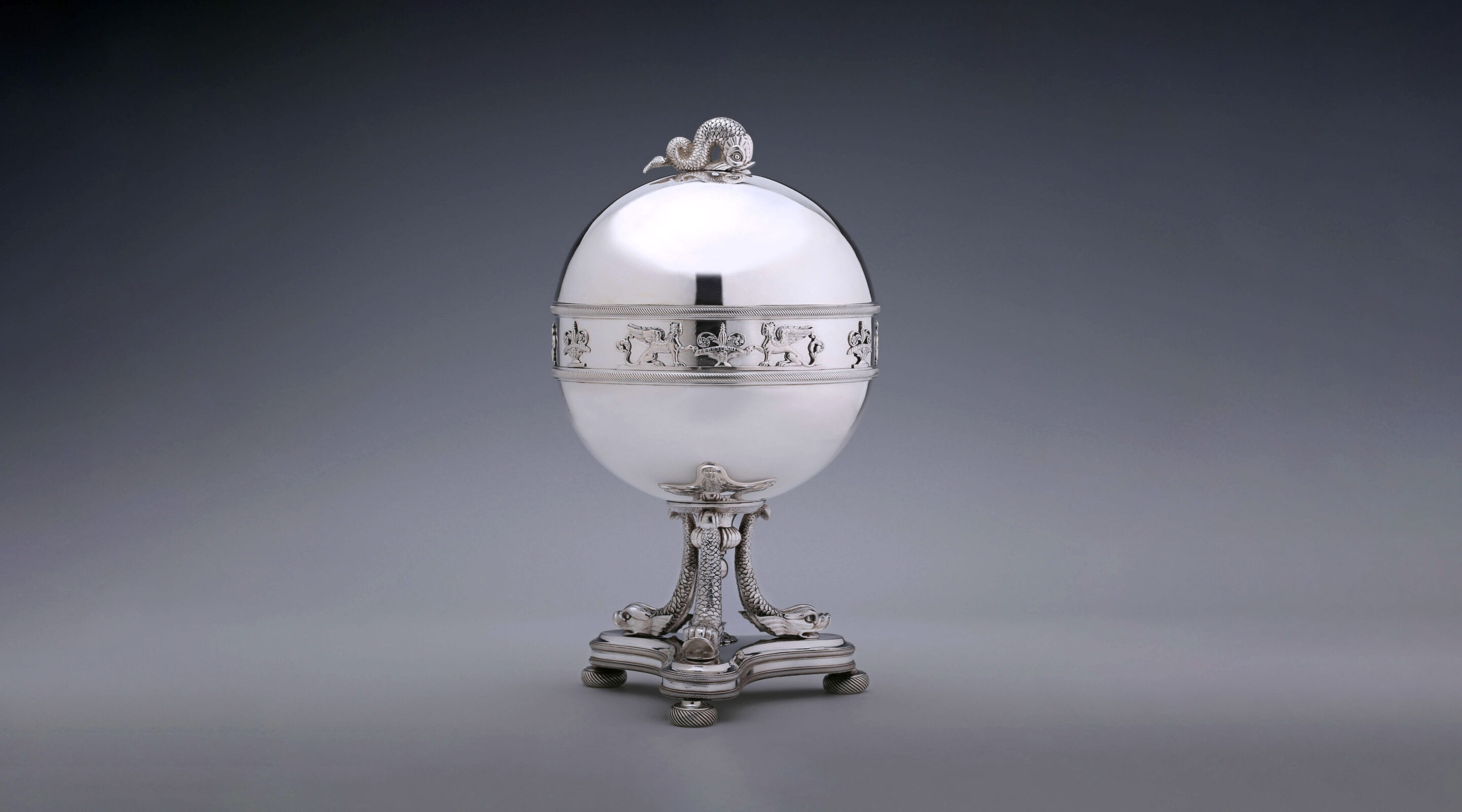 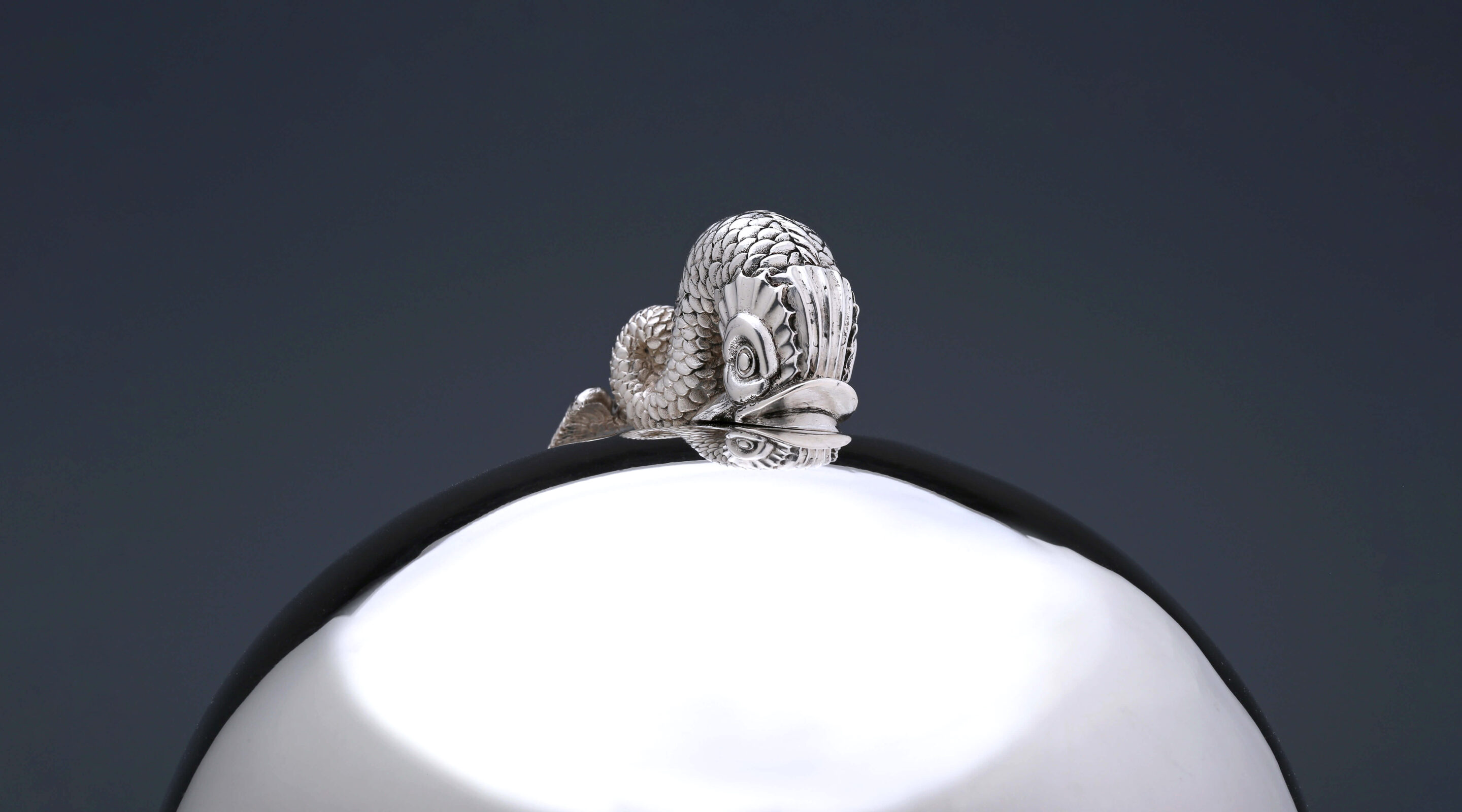 A Chestnut Vase with Dolphins

This stunning silver chestnut vase has striking dolphin ornaments. Both the knob on the domed smooth cover as well as the three legs are shaped like beautifully detailled dolphins. A horizontal band featuring sphinxes and vase ornaments is applied to the center of the spherical vase and has a rope border along the bottom and top rim.
A chestnut vase was used to hold candied chestnuts (marrons glacés) that were served as part of the dessert course.

The chestnut vase is marked with the Amsterdam assay-office mark, the alloy mark a standing lion facing right, the date letter V for 1830 and the maker's mark W:S with an anchor above for Willem Frederik Schuss.