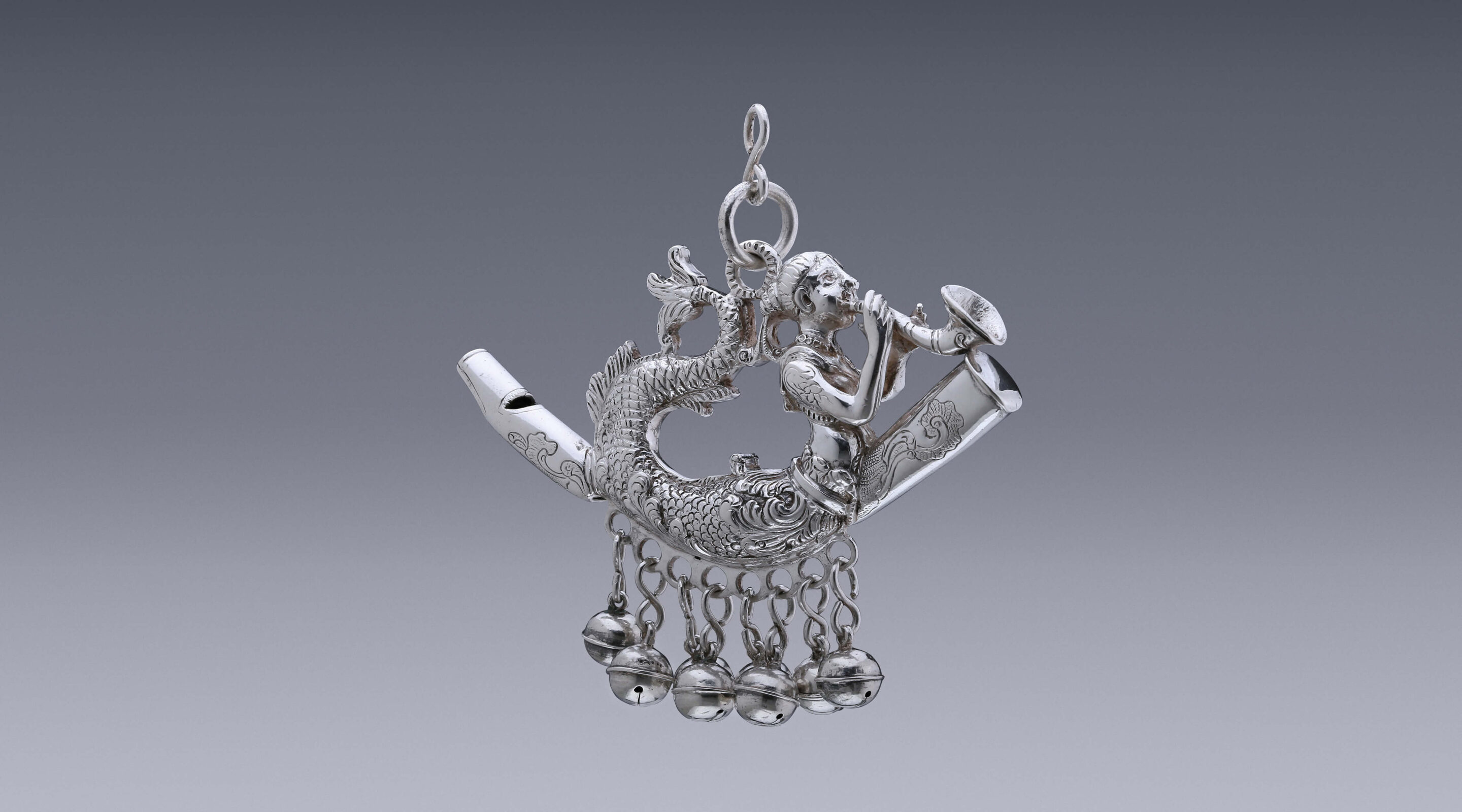 This most charming rattle is modelled as a mermaid with a curled tail and blowing a horn. The rattle is decorated in great detail, not only the mermaid's scales and fins are beautifully executed, but also the whistle and teether are richly engraved with Rocailles. On the mermaid's body, there are also rocailles that are applied over the scales. At the underside of the rattle, eight silver bells hang from S-shaped hooks. The rattle is hallmarked on the whistle with the maker's mark HR conjoined in a crowned shield for Hendrik Berends Ronner who was active in Dokkum from 1738 to 1775. The rattle was most likely a gift for Tjitje Jans who was born in 1786. Her name is engraved on the side of the whistle.

Rattles were known in Classical Antiquity. Five centuries before Christ, Aristotle describes the rattle in his Politics. He praises Archytas for his invention, because children could now be quietened with a rattle. They were given to children over the centuries for various reasons. The sound they made was meant to entertain the child and calm and soothe it when it was anxious. But this was not the only reason children were given rattles. Parents had to face the reality of high infant mortality. Medical knowledge was limited, and physicians were generally powerless against illnesses and epidemics. Hoping to protect their young offspring against harm, parents engaged in superstitious practices and sought magic talismans, of which the rattle was one. Jingling the bells, it was believed, would drive away evil spirits. The rattle was hung over the cradle, just high enough for the baby to reach.

The rattle also had a practical use. The child could massage his or her gums on the teether to help with teething. This had a soothing effect. Once the child could stand, the rattle was hung around its neck on a ribbon or chain and the toddler could blow the whistle. This helped develop lung function, drew adults’ attention and kept the evil spirits at bay. The tinkling of the bells also told the parents or nurse where the child was.

Until the end of the eighteenth century, expensive materials were also status symbols, showing off the family’s wealth. For portraits, parents—the clients—dressed their children like miniature adults in clothes made of the costliest fabrics. The valuable rattles in these portraits symbolize the importance of family and family networks and proclaim the parents’ prosperity. 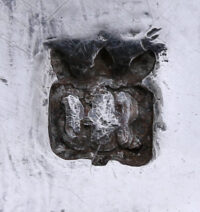