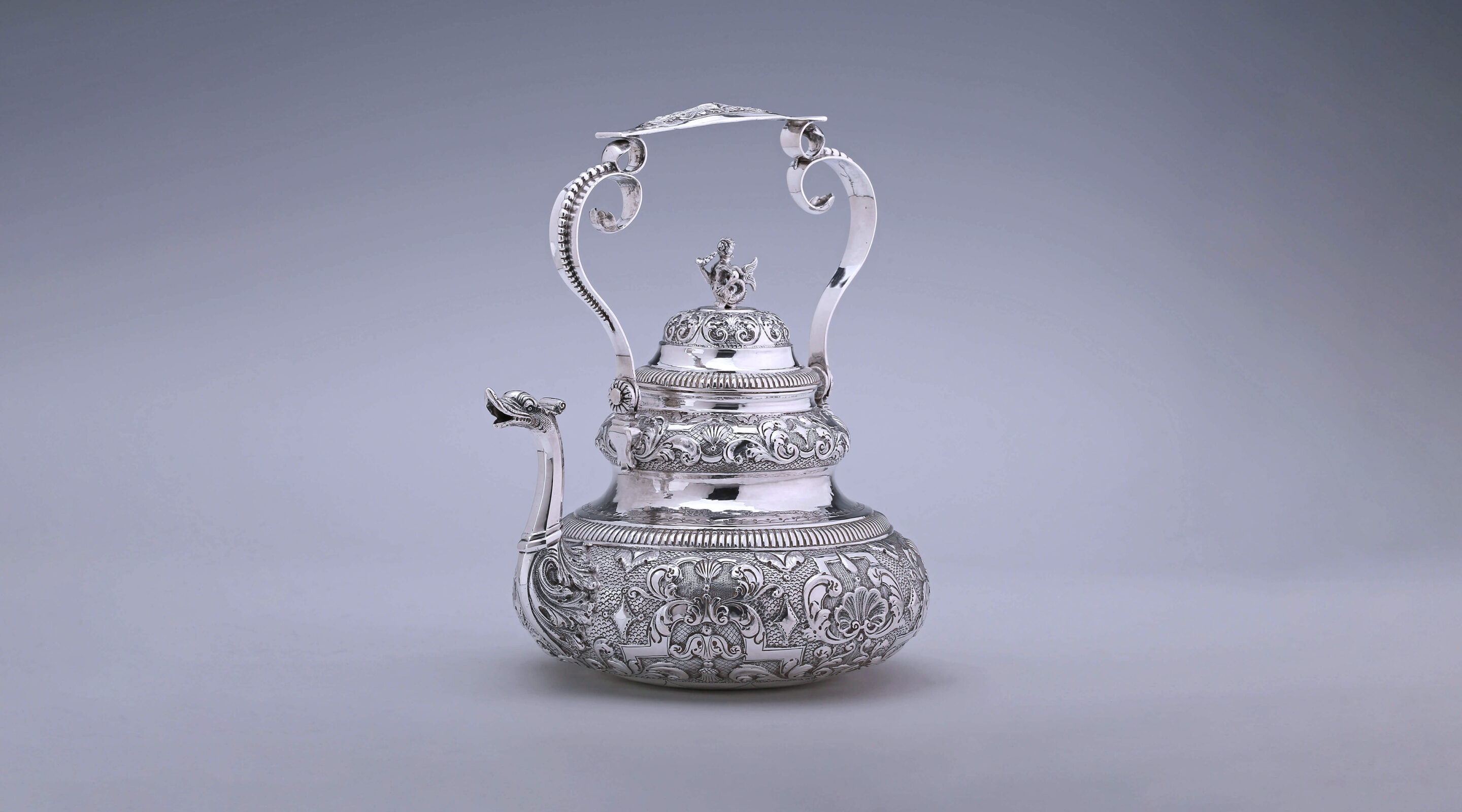 This charming tea kettle is very elaborately and richly decorated all around with shell ornaments, acanthus leaves, strap work, tassels and knerren borders. The supports of the handle has descending beads. The knerren decoration is also found on the hinge of the handle. The background around the embossed ornaments is matted creating a depth effect. The finial on the lid is formed by a mermaid holding a horn.

Tea was poured from this kettle. Finely ground tea leaves were placed in the teapot and poured over with boiled water. To prevent these tea leaves from ending up in the tea cup, small holes were made on the inside of the kettle, at the attachment of the spout, to allow the tea to be strained. Of this very strong tea, a thin layer was poured into the cup and diluted with boiled water from the bouilloire. This way of serving tea was customary in the 17th and 18th centuries and explains the small size of the tea kettles and pots of that era.

Age Binses Looxma was born in Sneek, where he was baptized in 1725. He came from a family of silversmiths who in due course also held administrative positions. His father for instance became mayor of the city Sneek. Age was married to the very wealthy Mayke Rinkhout in 1759. Mayke was the only child of the gin distiller Gerben Rinkhout and Trijntje Lieuwes.