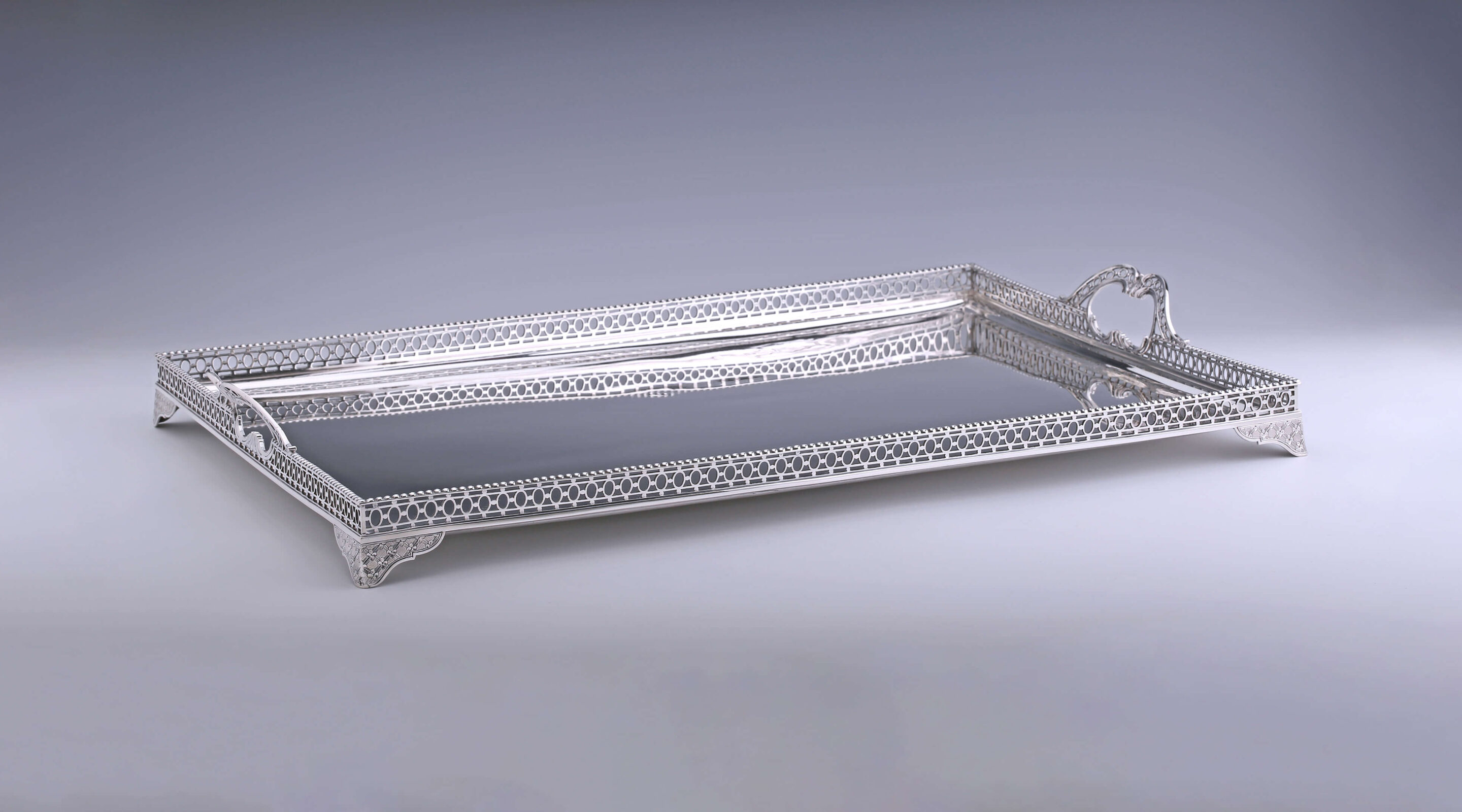 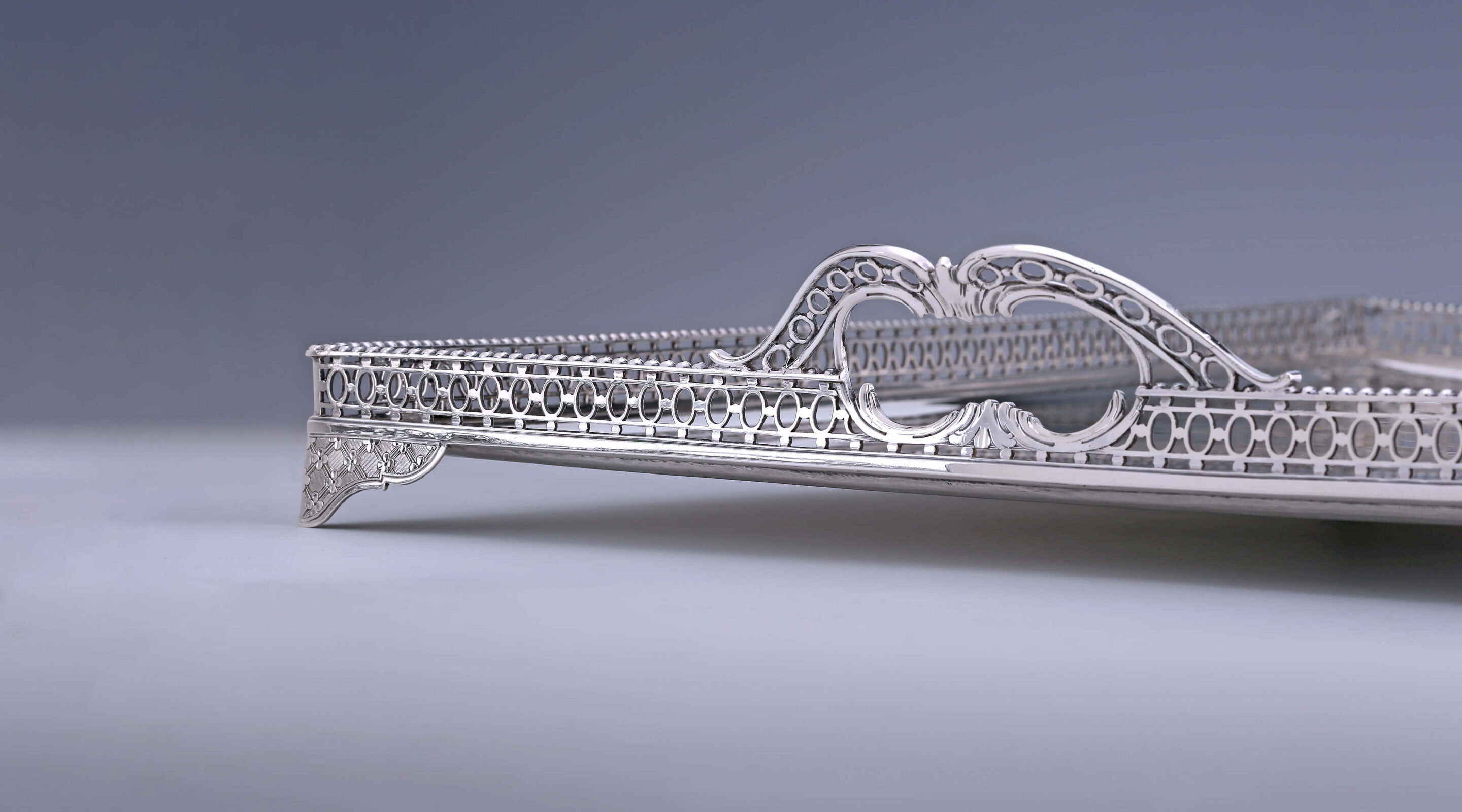 This large rectangular tray has a so-called gallery fence with a beaded border on top of it. The sides of the rim are open-worked with a pattern of large open worked circles which are connected with small circles. The handles are beautifully incorporated into the design and rise undulating from the trellis.
The tray stands on four legs that are engraved on the side with a pattern of small flowers. The centre of the tray is completely smooth with a profiled edge along the sides. This tray is among the largest examples made in Dutch silver in the 18th century. It was made by the well know Amsterdam silversmith Johannes Schiotling.

Wealthy, thriving Amsterdam was a magnet for silversmiths in the eighteenth century. Between 1760 and 1790 around ninety foreign smiths settled there, of which fifty-four came from Scandinavia, Austria, Germany, Eastern Friesland, Rhineland-Westphalia and the Baltics. These men came from the same background, practised the same religion, their families intermarried and they worked with or for one another. The most important of this group was Johannes Schiotling. Born in 1730 in Gothenburg, Sweden, the son of Sven Schiotling, a smith in the artillery, and Kerstin Andersdotter, at the age of seventeen he was apprenticed to Olof Fernlöf, one of the most accomplished silversmiths in Gothenburg and the master of the guild numerous times. Six years later, in 1753, he made his journeyman’s test piece under Fernlöf. Its approval meant that he had completed his apprenticeship and, as an assistant, could begin his training to become a master silversmith.

During the next nine years Schiotling probably worked as an itinerant journeyman for different masters. In 1762, we find him in Amsterdam, where he purchased his burghership, registering as a silversmith. Burghership was a prerequisite for admission to the guild as a master. In the same year, aged thirty-two, he was enrolled in the guild as a master.  He set himself up on Egelantiersgracht and a year later married Margaretha Sofia Jansen, who came from Aurich, Eastern Friesland. Two of the bride’s brothers, Johan Diederik and Jan Arend, joined him, the former as a silversmith, the second as a burgher. Wilhelmus Angenendt from Wezel became a master silversmith in 1770 and joined the business, as did Christoffel Mittscherlich from Reval. The latter became Schiotling’s right-hand man. Schiotling achieved great success and the range and quality of his output attest to his excellent relations with Amsterdam patricians. There are important pieces by Schiotling in museum collections, including the Rijksmuseum and the Amsterdam museum. Johannes Schiotling is the only silversmith to whom the Rijksmuseum devoted a special exhibition.

Marked on the underside with the Amsterdam assay mark, the Dutch lion, the date letter Z for 1784 and the maker’s mark ISL for Johannes Schiotling.