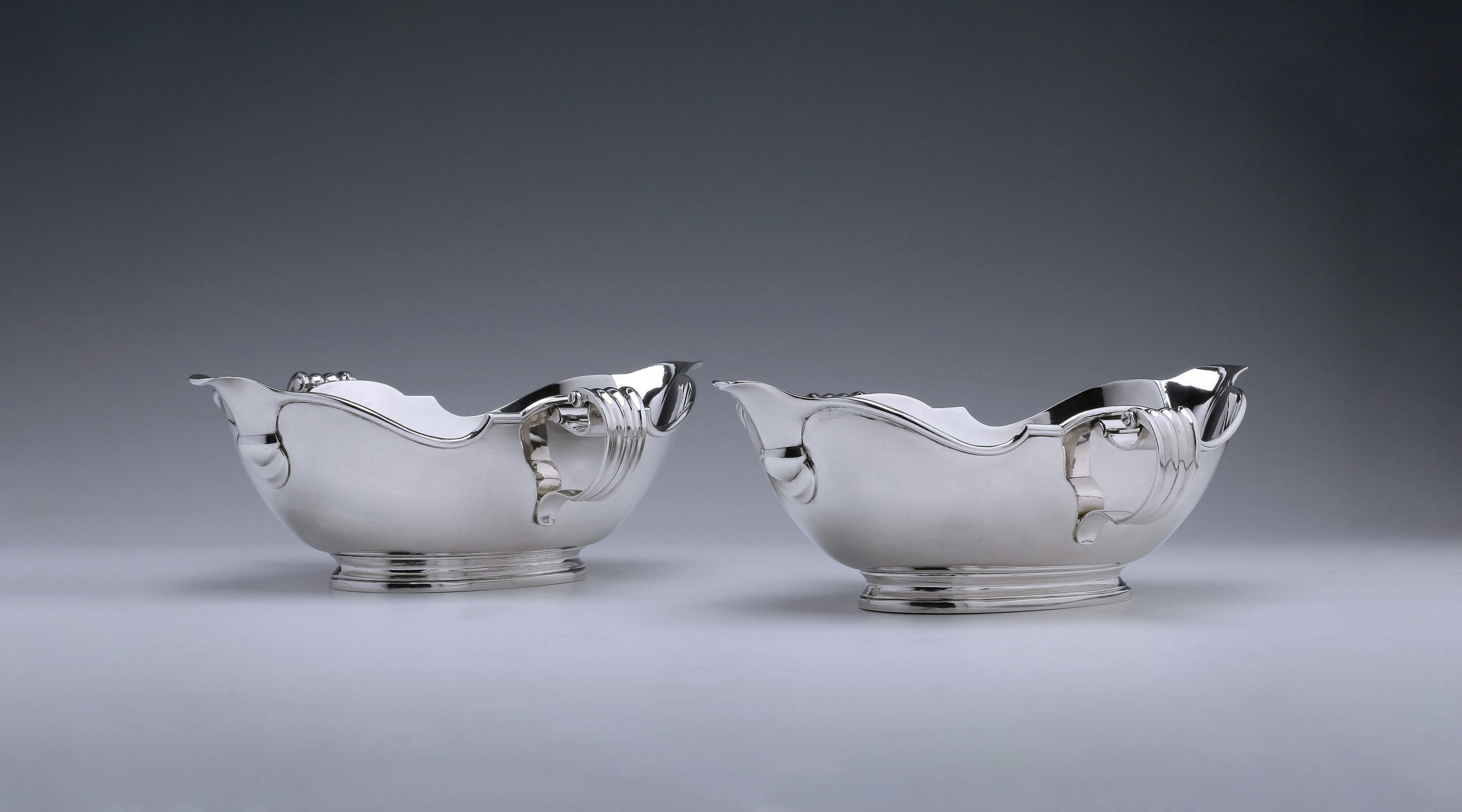 A pair of Sauce Boats

This gorgeous pair of antique silver sauce boats was made in Arnhem in 1748 by Daniel Courou. The smooth oval bowl shaped body has two profiled ears on the long sides and a pouring lip on each short side.

In 1651, François Pierre de la Varenne, chef to the marquis d’Uxelles, published Le Cuisinier François in which he described for the first time the use of a roux to thicken sauces. Coulis, a concentrated meat broth with herbs and breadcrumbs was the forerunner of the eighteenth-century stock, forming the basis for countless sauces that were created in the seventeenth and eighteenth centuries. In the eighteenth century, Dutch silversmiths responded by adding new pieces to silver services—which had generally consisted of various dishes, plates and ewer and basin sets in the seventeenth century. Among them were tureens and sauce boats. These objects now moved from the sideboard to the table.

The earliest known silver sauce boats were made in France around 1690. The earliest known Dutch pair was made in The Hague in 1714. That model, with two opposing lips and two handles between them on the long sides was designed entirely in the French fashion, in the strictly symmetrical Louis XIV style, just like the ones here by Daniel Courou.

The sauceboats are marked at the bottom with the Arnhem city hallmark, the content indication HOL, the year letter X for 1748 and the maker's mark of Daniel Courou.