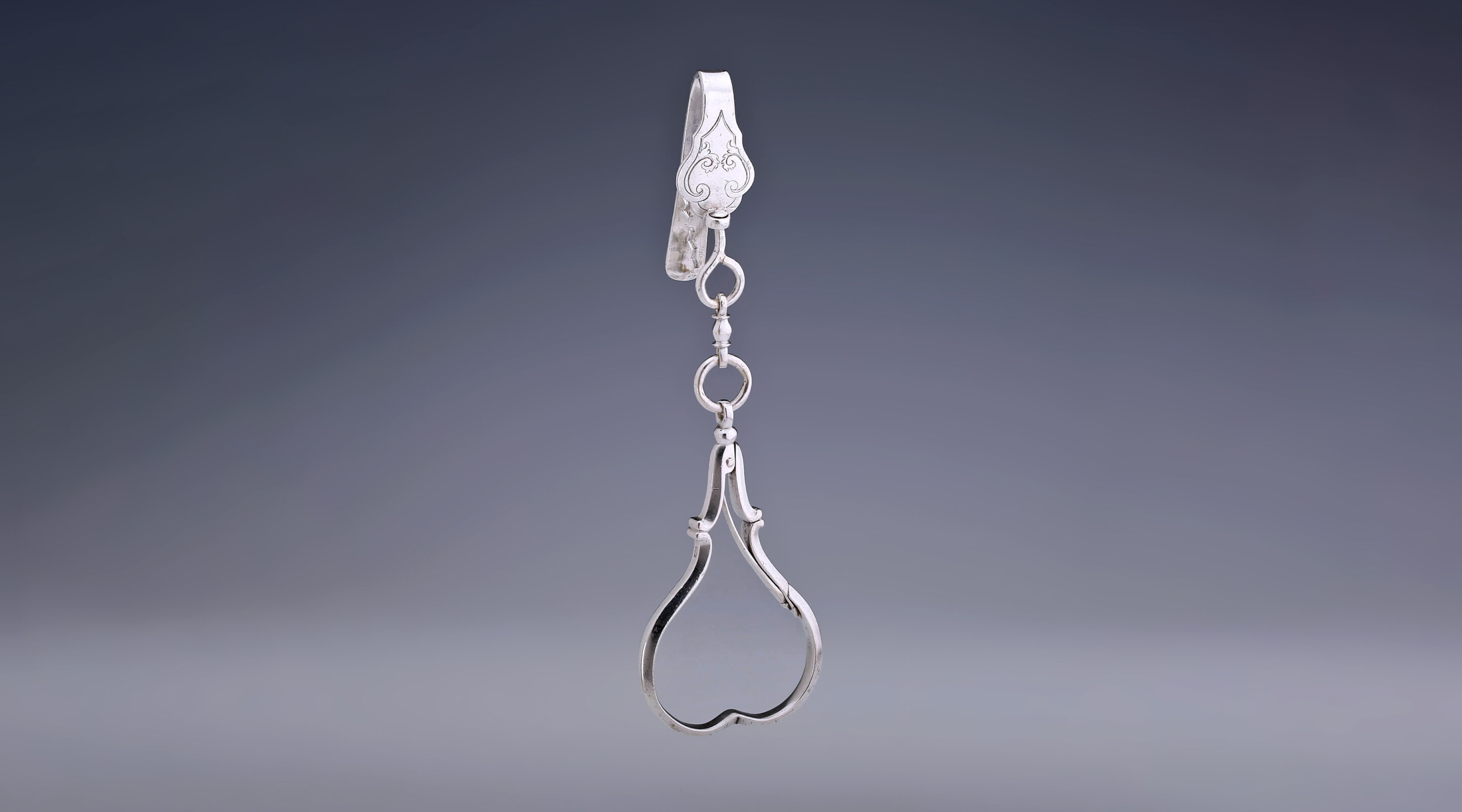 This unusual key holder was made in the days when keys were large and clothes did not yet have pockets. Various items that people wanted to carry with them were therefore attached with a hook to their trousers or skirt band. A variety of attributes could be attached to it, such as a complete sewing kit, scissors and, later in the 18th century, a small bag. The large iron keys for the various rooms in the house were clipped to this key clasp, which also had a hook for attaching it to the clothing.

This key holder is engraved on the hook with rocaille ornaments. The elegant clasp is heart-shaped and is connected to the hook with a large ring.