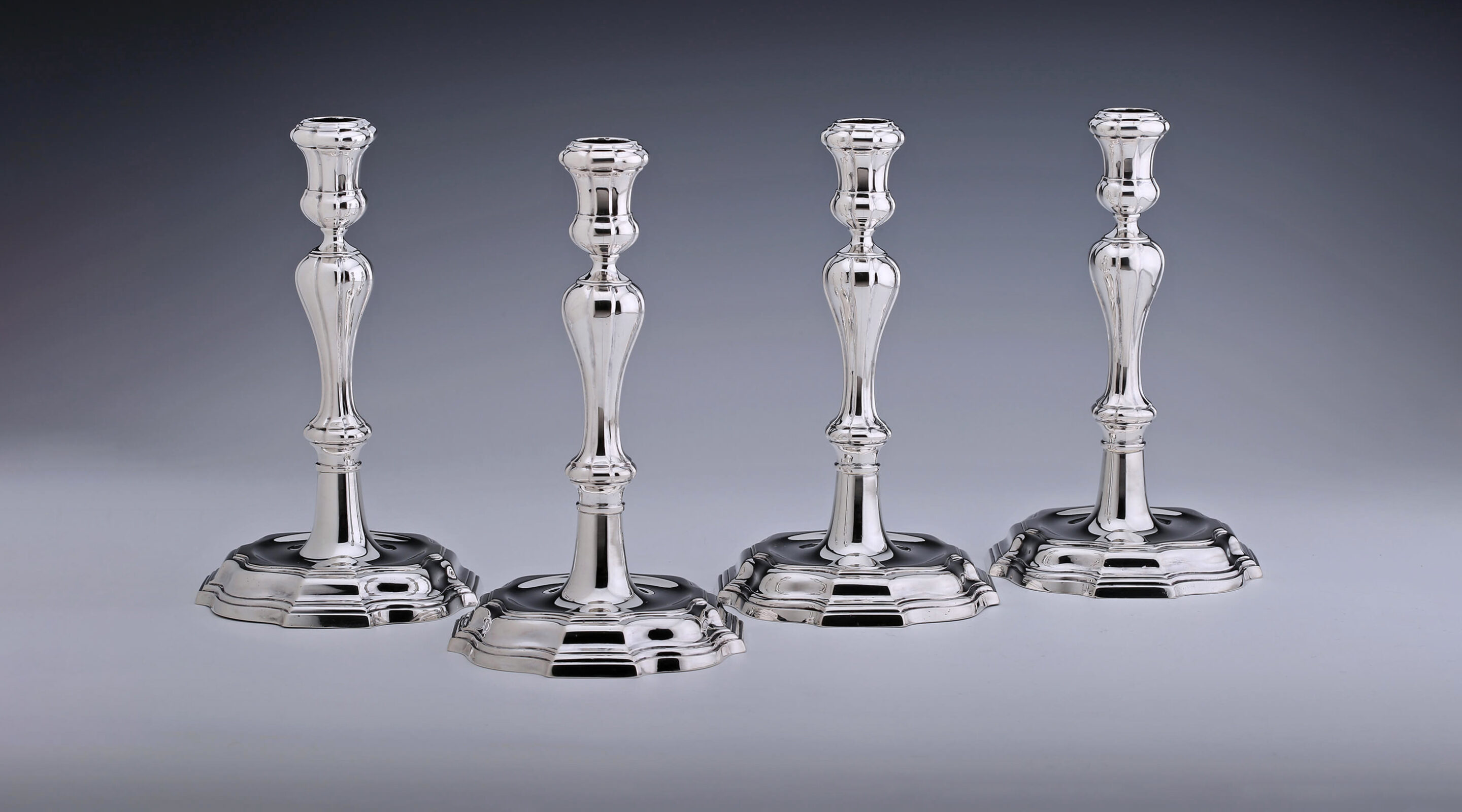 A Set of Four Nijmegen Candlesticks

This elegant set four candlesticks is made by Willem Schiff. The smooth, slightly curved shapes of these candlesticks, which maximize the reflective effect of the silver, are characteristic of 18th century silver from Holland and particularly The Hague. This so-called Hague style was addepted by several silversmiths in other cities, including Nijmegen, and is still highly valued today. Sets of four or more cast candlesticks did not become more common until the second half of the eighteenth century. Only a very few sets from Nijmegen, like this, have survived.

Nijmegen
In the entire 18th century there were only about 35 silversmiths active in Nijmegen, compared to about 300 in Amsterdam. This was because there were only a few dozen better-off families living in the city who could afford silver utensils. Willem Schiff was one of the well known silversmiths of Nijmegen. He was born in the city in 1706. He married Catharina van Wesel in 1757 in Heusden. At the age of 69 years he died and was buried in Nijmegen.