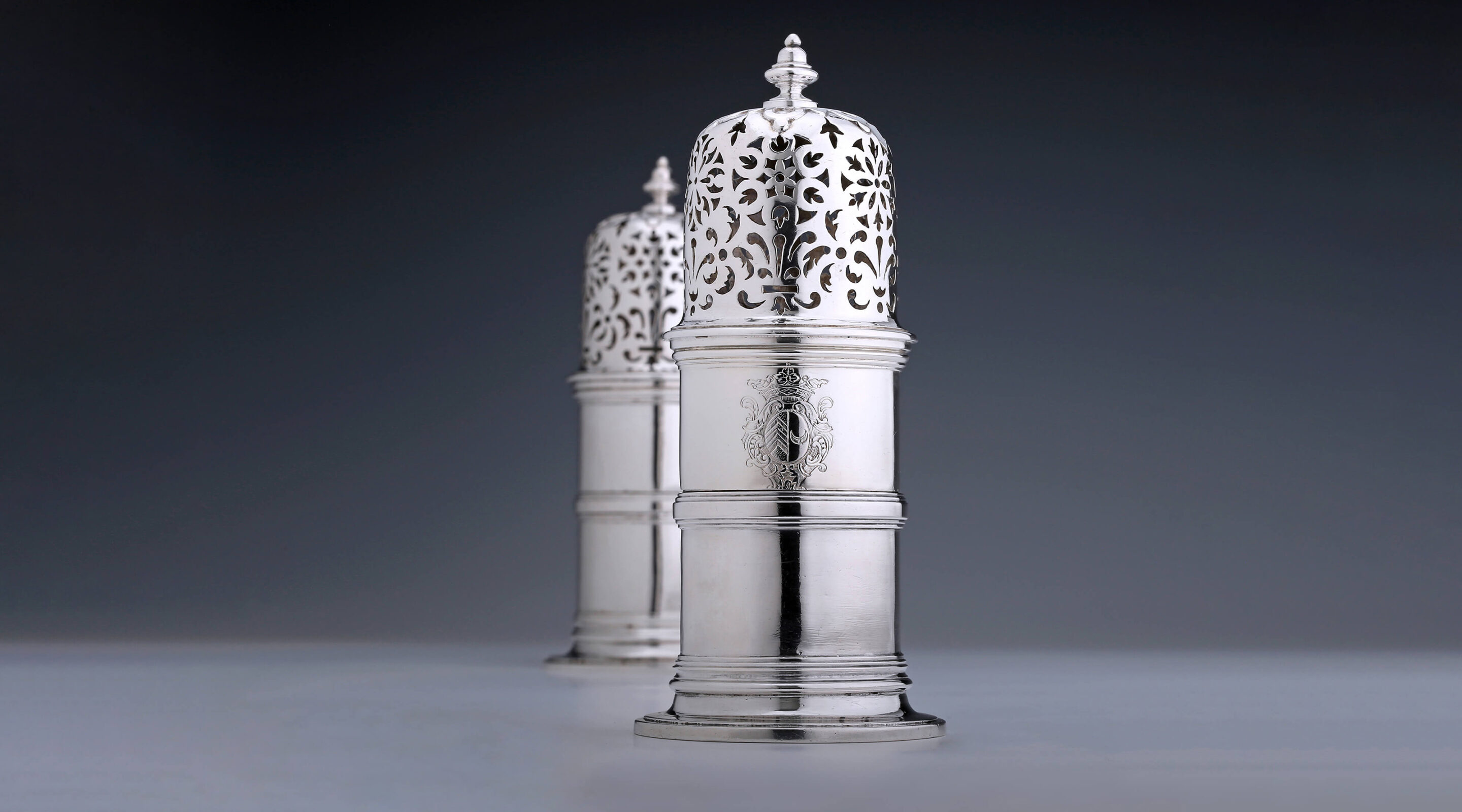 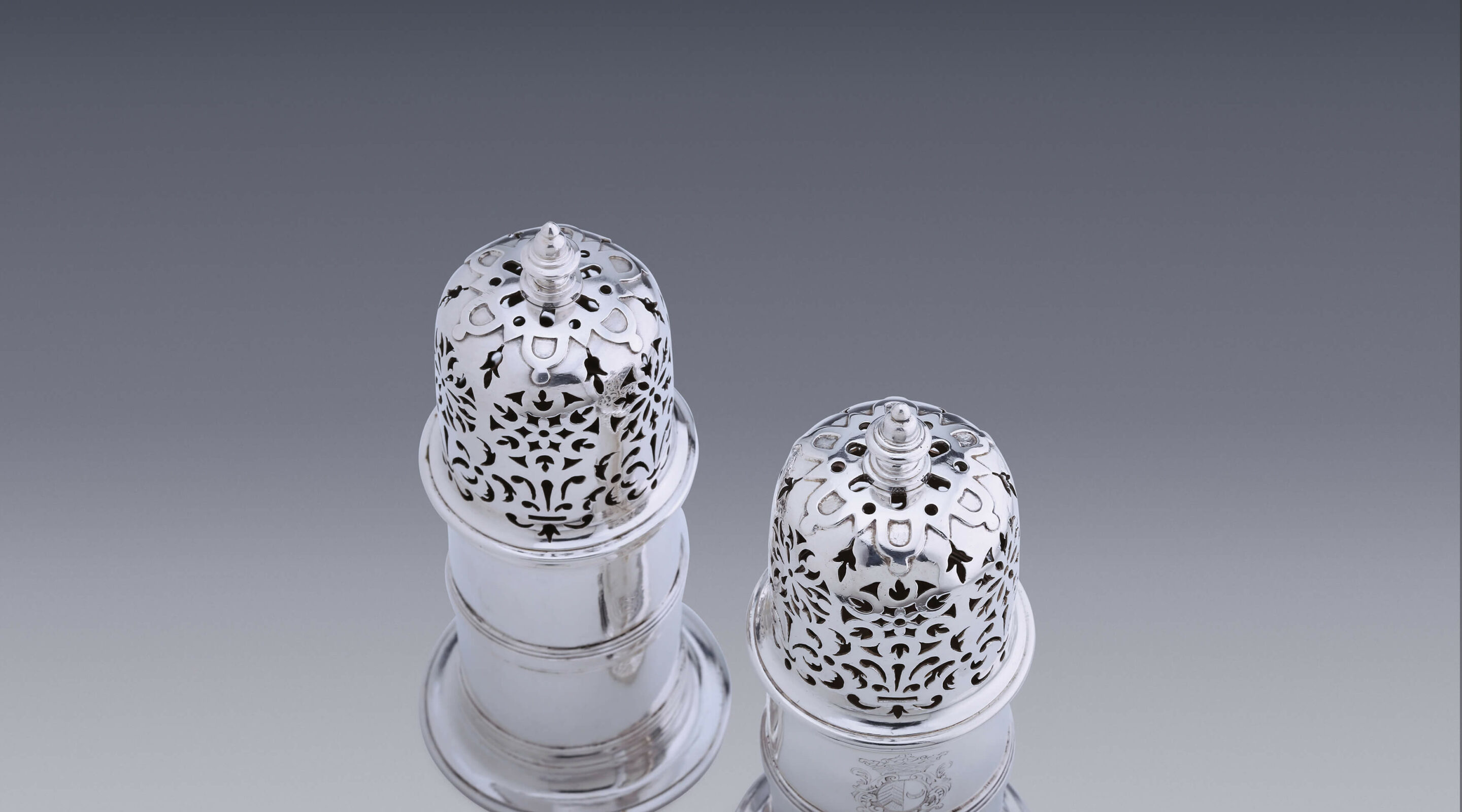 These impressive Louis XIV-style silver casters are not only beautiful and heavily executed, they are also historically interesting. One of the casters is very early and was made in Zwolle in 1695 by Hendrik Voet. Around this time, casters and the spices and sugar for which they were made were very rare. The other one was made in 1779 by Willem Lubertus Stellingwerf to complete the set at a time when symmetry on dinner-tables had become custom.
The coat of arms on the earliest caster is of the Van Voorst tot Voorst and Sloet family. Around the knob on the openwork top a cut-card decoration has been applied.

This decoration is cut out of a separate sheet of silver and then soldered on to the object. This is known as the cut-card or appliqué technique because the ornament is ‘applied’ to the piece. This style of decoration first appeared in France in 1650, but we do not find it in Dutch silver until around 1680. The cut-card technique requires more silver than the usual chasing, engraving or embossing, which makes it an expensive decoration method. This is probably why the technique was in use in the Netherlands for a relatively short time—between around 1680 and 1715. After 1715 the cut-card decoration was merely suggested by chasing the ornaments upwards in the silver.

There are only a very few pieces known by Hendrik Voet. He was the son of Sophia Bentinck, the illegitimate daughter of Eusebius Borchart Bentinck tot Schoonheten. She was married to Jan Voet, sheriff of Dalfsen. In 1666 they went to live in Zwolle, where on 17 April of that year ‘Joan Voeth of Antwerp’ became a citizen of Zwolle, as did his sons. At that time Jan and Sophia already had six children, including the future silversmiths Hendrik (1654-1737), the maker of the earliest caster and Eusebius Willem (1660-1719). Hendrik worked as a silversmith from around 1683 and Eusebius Willem from 1688. Two more sons were born in Zwolle—Carel in 1667 and, the last child, the painter Carel Borchart in 1671.

Willem Lubertus Stellingwerf was married to Hendrina Elisabeth Peirolet.
Both names are well know in Amsterdam. Willems son Jacob Hendrik became a well known and very productive silversmith in Amsterdam in the first quarter of the 19th century. His uncle was Jacques Peirolet, another big name in the Amsterdam silver business.