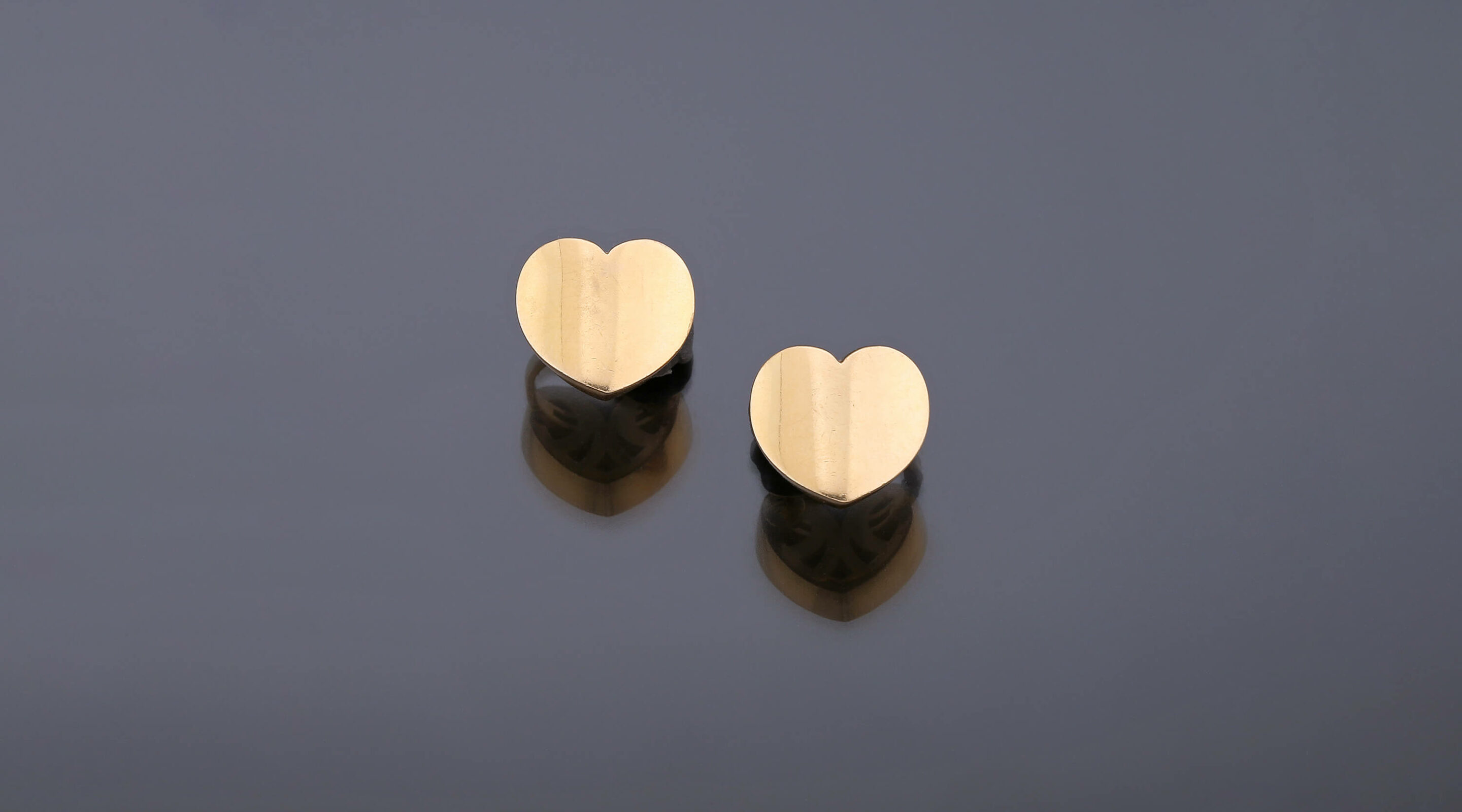 These eighteen carat gold heart-shaped ear clips will certainly not look out of place this Sunday. They were made by Marina B in the 1980s. The earclips are nice and sturdy and have a rounding in the heart. The hearts are placed sideways on the ear, which gives them a playful yet elegant look.

When her grandfather, Sotirios, died in 1932, Marina's father and uncle, Giorgio, took over the family business. After graduating from Saint Mary's College in England, Marina returned to Italy to design for the BVLGARI studio. After some time, she chose to start her own business. In 1977, Marina founded her own jewellery brand: Marina B.

Marina opened the first Marina B boutique in Geneva in 1978, and more soon followed in Paris, Milan and New York. By choosing the name 'Marina B', Marina hoped to distinguish herself from her family's name and reputation. Soon, Marina B's bold designs, incorporating geometric lines and rolling curves with brightly coloured gems and diamonds, were creating Marina's own success.