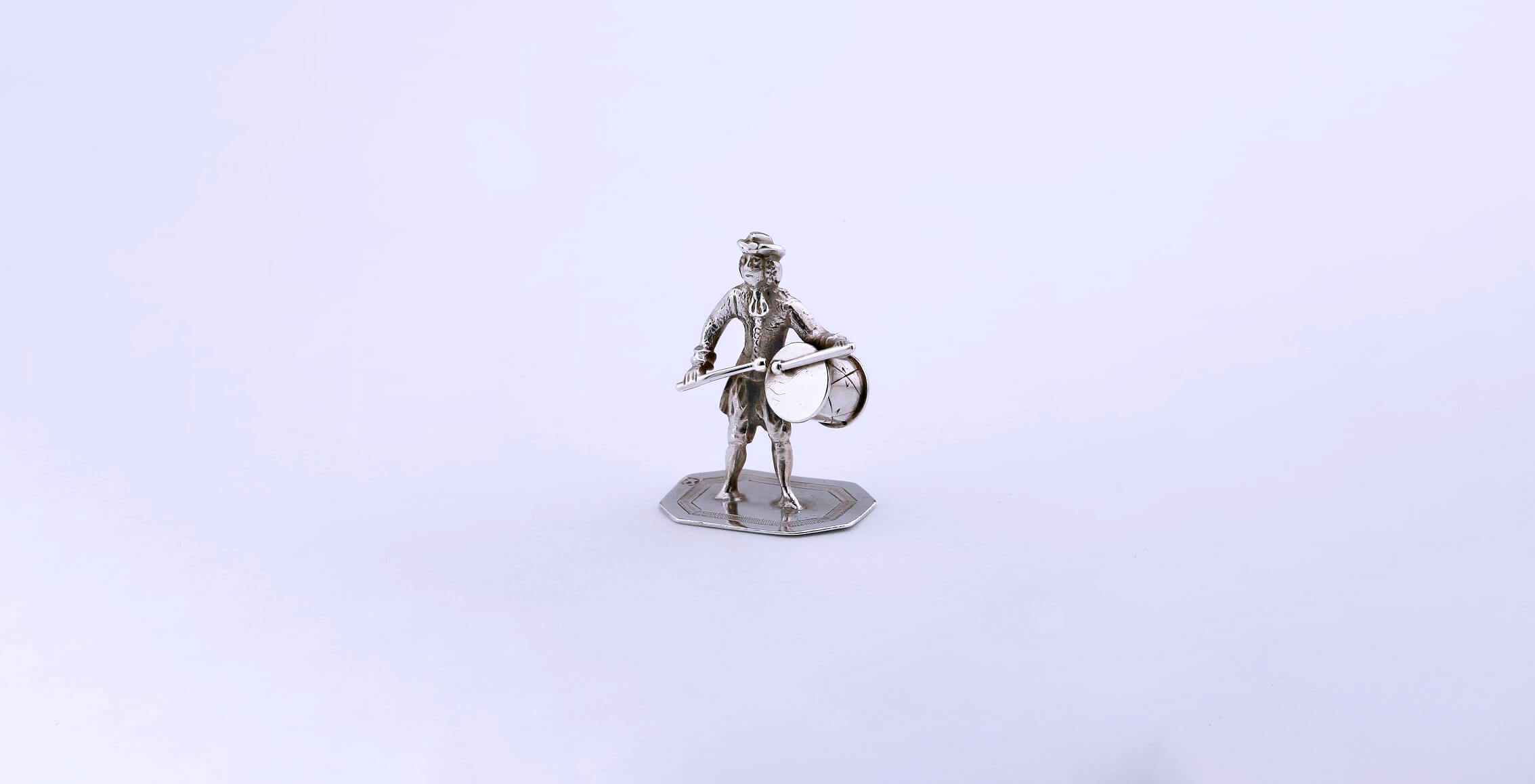 This antique silver miniature drummer was made in Amsterdam, around 1670, and has a registered but unidentified maker's mark: a bunch of grapes.

Since the 16th century, the drumbearer (also called drummer or tambour) was used to indicate the tempo and pass on commands during the marches of the armies. The development started in China and ended up in Europe via the Ottoman Empire. It is often thought that the drummer was a young man who was not yet fit to fight, but drummers were fully-fledged soldiers with a very specific task. During the battle, the tambour passed on the warlord's orders with his drum. In addition to giving signals, the drum was used to orderly and enlighten marches. The tambour also played an important role in the artillery exercise.