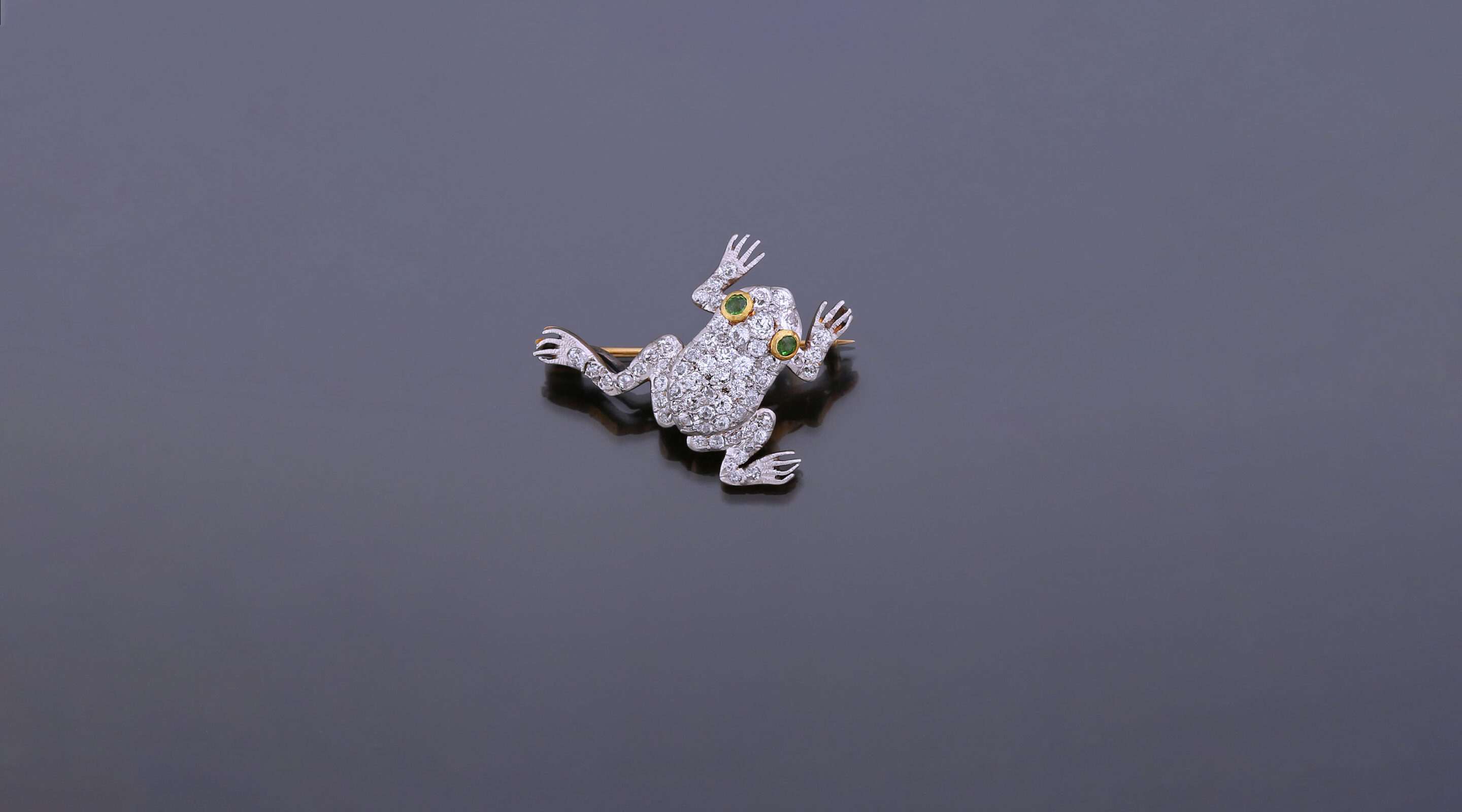 This whimsical frog brooch dates from the start of the 20th century, and is set with sparkling old European cut diamonds, set in silver on gold. Its eyes are set with rich green demantoid garnets, set in gold.

Around 1880, a number of brilliant green stones were found near the Ural mountains in Russia. Because of their high brilliance, they were first believed to be emeralds but were later found to be a particular type of garnet. Since they sparkled like diamonds, they were named demantoid. These stones became in demand and were widely used in animal jewellery.

The frog was already used as an amulet in ancient Egypt. In Egyptian mythology, the goddess Heket was represented with a frog's head and sometimes fully depicted as a frog. She was an important protector in pregnancy and birth, which was risky in Ancient Egypt. The frog symbolises transformation (change from tadpole to frog), fertility (many eggs) and the union of elements (earth and water).