An Elegant Middelburg Tureen with Stand

This elegant tureen with its accompanying stand was made by the Middelburg silversmith Philippus Prié in 1773. The oval tureen is decorated in the Neoclassical Louis XVI style, which was the height of fashion at the end of the eighteenth century. The tureen has chased fluting, applied cast swags wrapped with ribbons and a large beaded rim. The highly polished elements form an attractive contrast with the matted background. The tureen has two curved handles decorated with beads of decreasing size and stands on four shellshaped feet. The cover has a stylized artichoke as a knob. The stand has a reeded rim wrapped with ribbons like the bottom edge of the tureen.

The name tureen is derived from the French terrine, a large earthenware dish. Early tureens were made of pottery, but the most prestigious were silver. The Netherlands was immensely prosperous in the seventeenth century and a large part of the eighteenth. Inventories from The Hague, Leiden and elsewhere show that many well-to-do households at that time would have, alongside a quantity of plates and dishes, one or more silver tureens. This tureen was one of a set of four. In 1773, Prié made another large one and two smaller examples. They are in the collection of the Rijksmuseum in Amsterdam. This is the only one to have retained its original stand.

Even for those who could afford them, silver tureens—along with wine coolers and ewer and basin sets—were among the largest, heaviest and hence most costly objects in a house. They were also important as conveyors of status and were the highlight of a silver dinner service. Because they were so heavy, however, they were also one of the first things to be melted down when money was needed. Large Dutch silver tureens are consequently extremely rare now.

At the end of the sixteenth century, economic and religious reasons drove many people to flee from the Southern Netherlands to the north. A lot of them ended up in Middelburg. The influx of intellect, ideas, craft skills and artistic abilities gave a major boost to a flourishing cultural life in Zeeland. In the first quarter of the seventeenth century, it became a leading centre of art and culture. The city provided an important market for painters, silversmiths, stonemasons and other artisans. The economy in the city flourished. In the seventeenth century, Middelburg was an important port and a busy centre of international trade. The imposing mansions and warehouses beside the docks in the city centre date from this period. The cityscape was largely created in this Golden Age. Middelburg was the second city to host an office of the Dutch East India Company after Amsterdam, and this created a great many jobs. Hundreds of Company ships were built involving countless people from carpenters to rope-makers. Vessels left the port bound for Asia and South America, returning to Zeeland with valuable cargoes, which would be traded. The trade goods included spices, exotic raw materials and—overseas—slaves. They were bought in Africa by De West-Indische en Middelburghse Commercie Compagnie.

There was consequently plenty of money in Middelburg to buy luxury goods, and this enabled it to grow into a centre for silversmithing. Inside the city walls there was a rich abbey, wealthy churches and a great many guilds, all of which owned silver. The rise of the merchant class led to a demand for silver showpieces that emphasized the importance of ‘home’. From 1560 onwards more than five hundred masters worked in Middelburg, and this prosperity continued into the eighteenth century. In 1780 there were still as many as fifty silversmiths working in Middelburg. The output must have been considerable. Silver for secular use was rare, however. The government’s repeated demands when it found itself short of money, particularly in 1795 under Napoleon’s rule, explain why there is relatively little silver with the Middelburg hallmark.

Philippus Prié was born in Middelburg in 1721 and died there in 1793, at the age of seventytwo. He lived on Lange Delft. In 1734-35 he was apprenticed to Cornelis Blaauwbeens and in later in 1749-50 to his father, Jacobus Prié. In 1749 he became a master silversmith and was admitted to the guild. He was an important and productive silversmith. Aside from the tureens, we know of serving trays, patens, baptismal basins, kettles, inkstands, candlesticks, sauce boats, bread baskets, cutlery and other pieces by him. 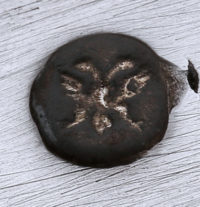 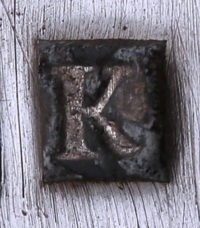