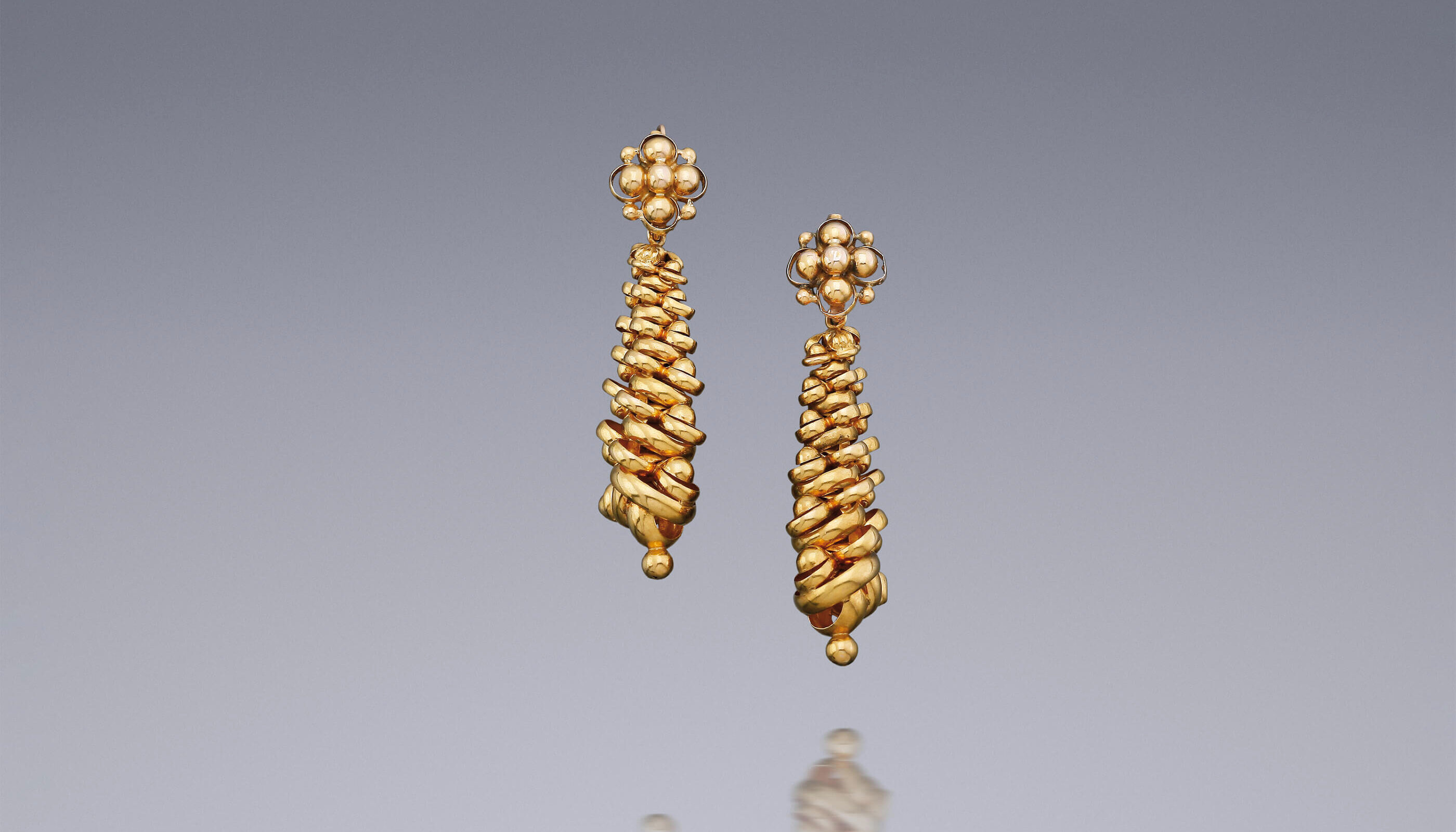 These ravishing, 18 carat gold pendant earrings were made in Northern France around 1850 and are called Milano's.

They take there name from the idea that they are made of a thousand rings, mille anneaux. The segments are articulated and very light and give a lovely effect with the movement of the wearer. are constructed from 18-carat gold scrolls and beads ingeniously intertwined. The pendants can be removed from the upper section, which can then be worn separately.

The Northern region of France, between Boulogne sur Mer and Calais is very rich in regional jewellery. The fishermen had an extrememly dangerous job, compensated for by incomes a good deal higher than most other trades and they liked to show off their success and their membership of a rather closed community. The traditional ensemble of a fisherman's wife consisted of a pair of long ear pendants called Milanos, a pardon cross in gold filigree, a love knot or a Lisbonne ring and a long neck chain called sorcière with a large catch in the shape of a barrel.