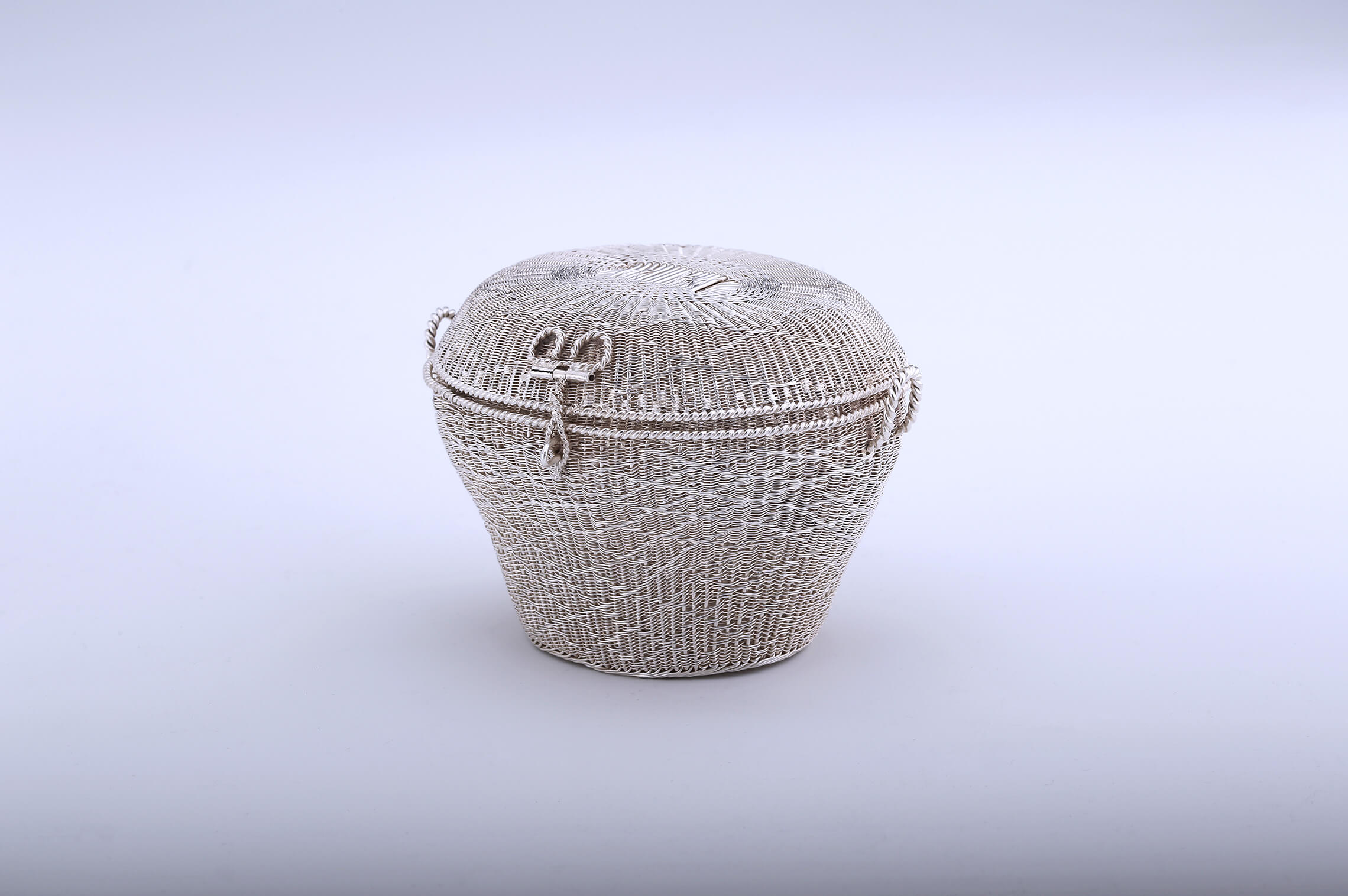 In the golden age, housekeeping was a very time-consuming activity. One of the servants’ duties was to take care of the clothes and linens. Linen had to be washed, bleached, dried, stretched, ironed, beaten and pressed. It was very labour-intensive work, and table and bed linens, in particular, were sent out to specialist laundries for washing and bleaching. These were usually outside the city, where there was plenty of running water and space for bleaching fields.

Laundry lists were drawn up recording what had been sent. The laundry was sent out only a couple of times a year—there are records of the Great Wash or the Grand Wash. The washing was sent to the laundries in large baskets, and different types were kept in the linen room. The most expensive items were sent in baskets with locks. This is one such basket, woven entirely from silver wire around 1700.