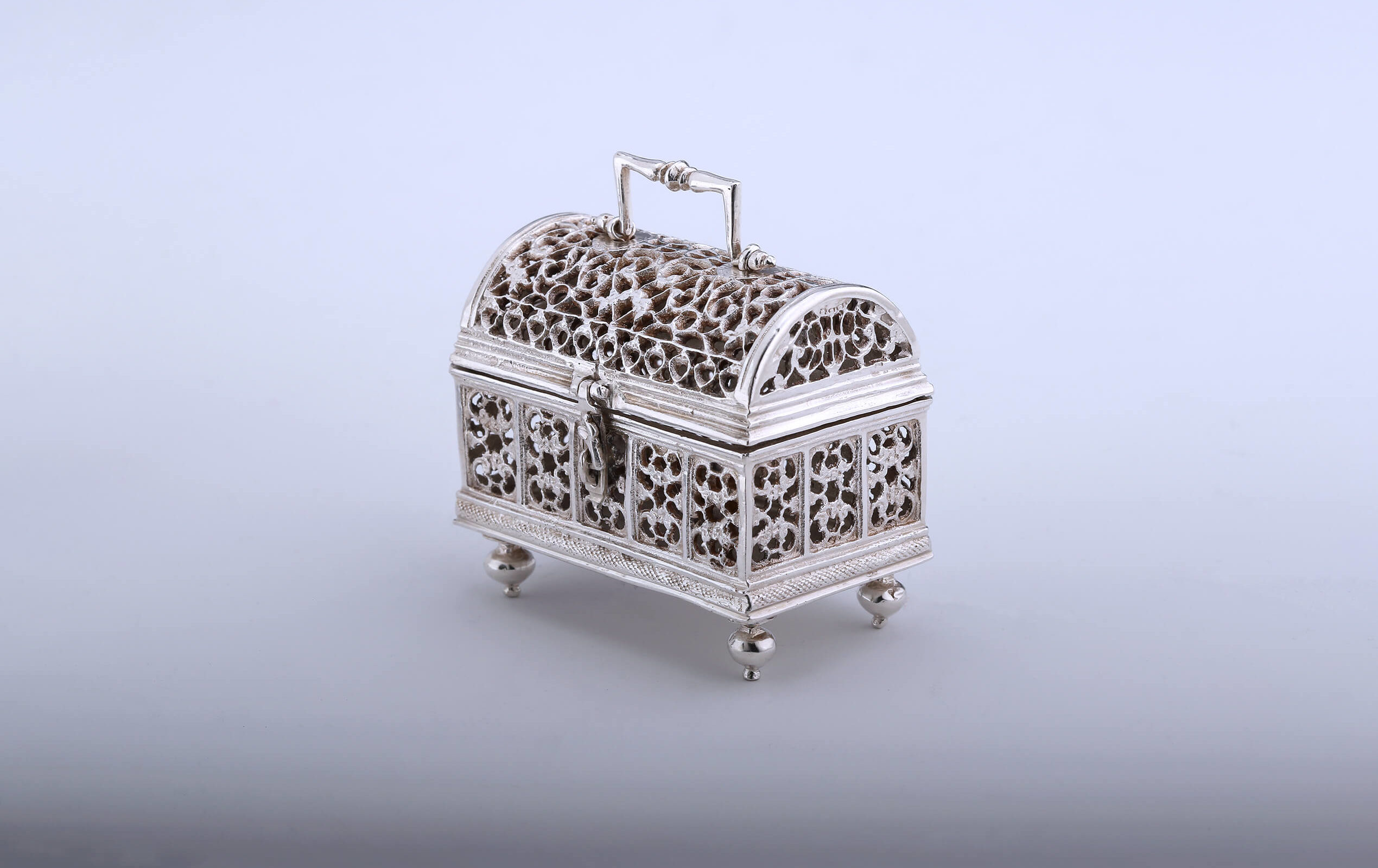 In the seventeenth century, a knot box was a valuable gift from a man to the woman he wanted to marry. The model derives from wedding caskets and the smaller type of jewellery box. This is a rare miniature version of such a gift.

The term knot casket or knot box derives from an old Frisian custom for proposing marriage. A young man would tie silver coins loosely in an embroidered linen cloth. Carrying this ‘knotting cloth’, he would walk past the young lady who had caught his eye. The clinking of the coins in the cloth would give the woman some idea as to whether the man had the means to look after her. If she agreed to the match, she would tighten the knot. If she did not, the man could go on his way without losing too much face. In wealthy and aristocratic families the knotting cloth would be replaced by a miniature silver casket or box—the knot box.