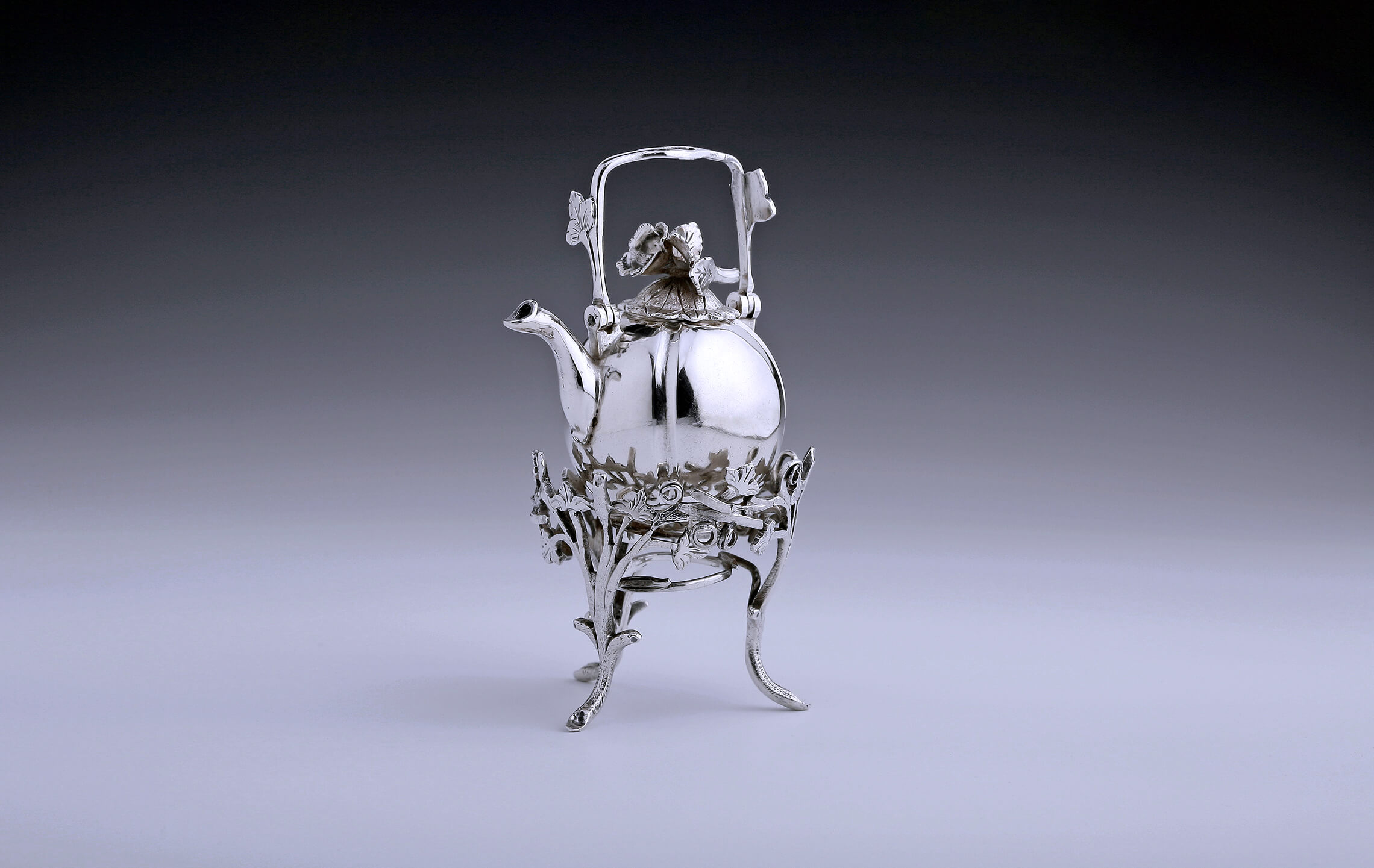 This miniature kettle on stand is designed in the naturalistic style that came into fashion in the Netherlands after 1760. The forms are derived from melons and aubergines. The stand is supported on three cast feet in the form of a gnarled branch topped with leaves that enclose the forged body. The lid is shaped as veined leaves. The knob is in the shape of a flower on a twig with leaves. The handle of the kettle is also decorated with foliar patterns. It is a wonderfully executed miniature by the Amsterdam silversmith Jan Bonket.

This naturalistic style can trace its origins back to Madame de Pompadour, who became the French king Louis XV’s mistress in 1745. A group of courtiers and financiers brought her to the king’s attention as a means of exerting influence on him. Their scheme succeeded, and she became one of the most famous of Louis XV’s mistresses. She had immense influence over the king and it was she who spoke the immortal words Aprés nous le deluge—After us, the Flood—following Louis’s defeat at the hands of the Prussian king, Frederick the Great, in 1757.  Her love of games and gambling was legendary, although not particularly unusual at the time. What was more important was her great interest in the arts.  Louis XV appointed her patroness of artists and writers. She was very enthusiastic about the romantic ideas of the philosopher Jean Jacques Rousseau and his call of ‘back to nature’. It inspired her, among other things, to keep chickens in the gardens of the Palace of Versailles. Her love of nature had a considerable influence on the artists and craftsmen of the day, who took their inspiration from the natural world. This miniature kettle on stand is a classic example.