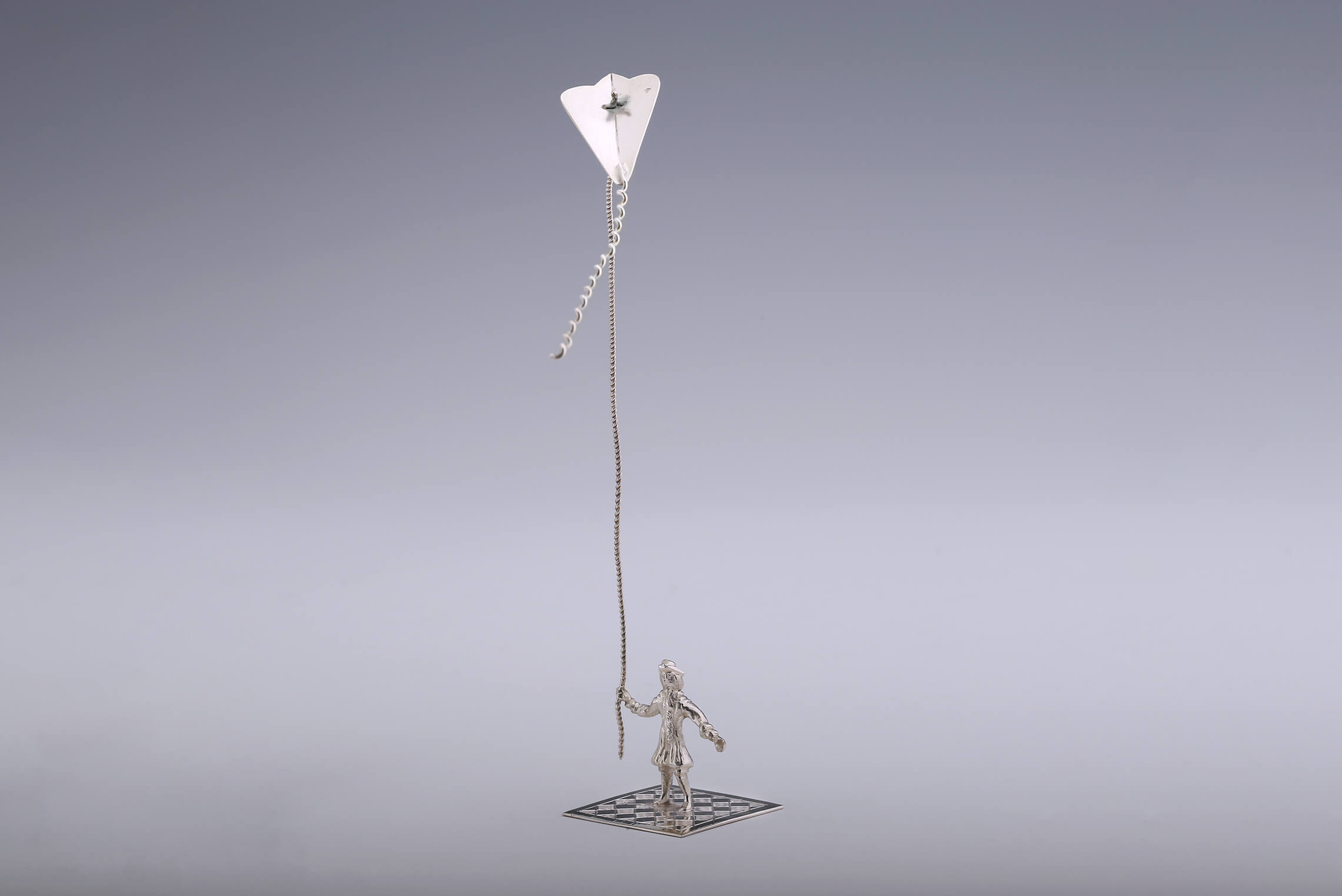 This antique silver miniature kite runner was made in Amsterdam in 1754 by Arnoldus van Geffen. Miniature silver figures were made mainly in the 17th and 18th centuries. They were made mostly in the Netherlands and produced chiefly in Amsterdam.

Figures take up a separate category within Dutch miniature silver. They were not intended for the doll’s houses, but made to be shown off in small display cabinets or on a table. The representations give a good picture of daily life at that period. Various crafts and professions, games, amusements, modes of transport and biblical scenes were portrayed in miniature silver.

The figures were usually positioned on a flat silver base, which often had a rendering of street cobbles engraved on it, and sometimes an engraved band on the outer ridge. Figures originating from Haarlem often stand on smooth plates. Some 17th-century pieces have plates showing floral engravings.