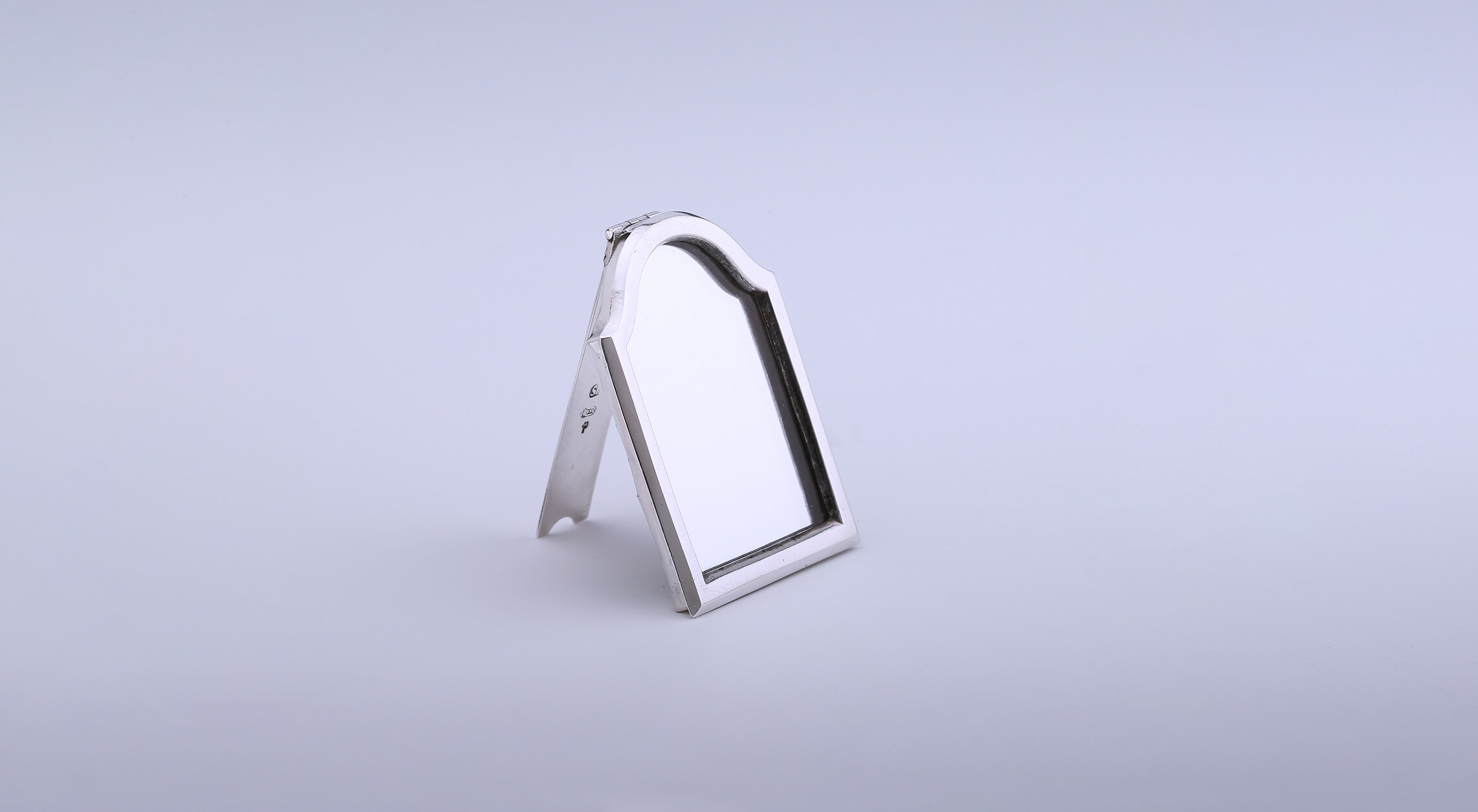 Like the full size version, this mirror stood on a dressing table in the bedchamber, where it was then customary to receive visitors. This room was designed to impress, so people commissioned costly silver objects for it—objects for ‘making one’s toilet’. These were sometimes full sets, comprising a silver mirror, candlesticks, snuffers and silver boxes in different sizes for keeping the articles needed for making one’s toilet, such as combs, powders and pins. The mirror was one of the largest and most prominent elements.

The concept of the silver toilet set developed in the first half of the seventeenth century at the French court, where the process of dressing was a whole ritual. Every morning Louis XIV held a Grand Lever, the first state event of the day. Some hundred male courtiers had the exceptional privilege of attending the king early in the morning while he was being dressed. It was a ceremonial confirmation of rank and status, and the toilet set played an important role in it. The Sun King owned four Garnitures de Toilette for men and five for women, one of which was bequeathed to him by his mother, Anne of Austria (1601 -1666). The stadholder’s court in The Hague took its lead from France and so the toilet set appeared in Holland, too, and not just at court. Those in court circles also owned a silver toilet set or some elements of it. The business of getting dressed in Holland did not have the public character it had at the French court, but people did want to start the day in style. Inventories of this period list toilet sets in which the mirror is described as a ‘looking glass with silver fittings’. In the eighteenth-century the horizontal format of the seventeenth-century mirror made way for an upright model as hair styles became higher and higher.