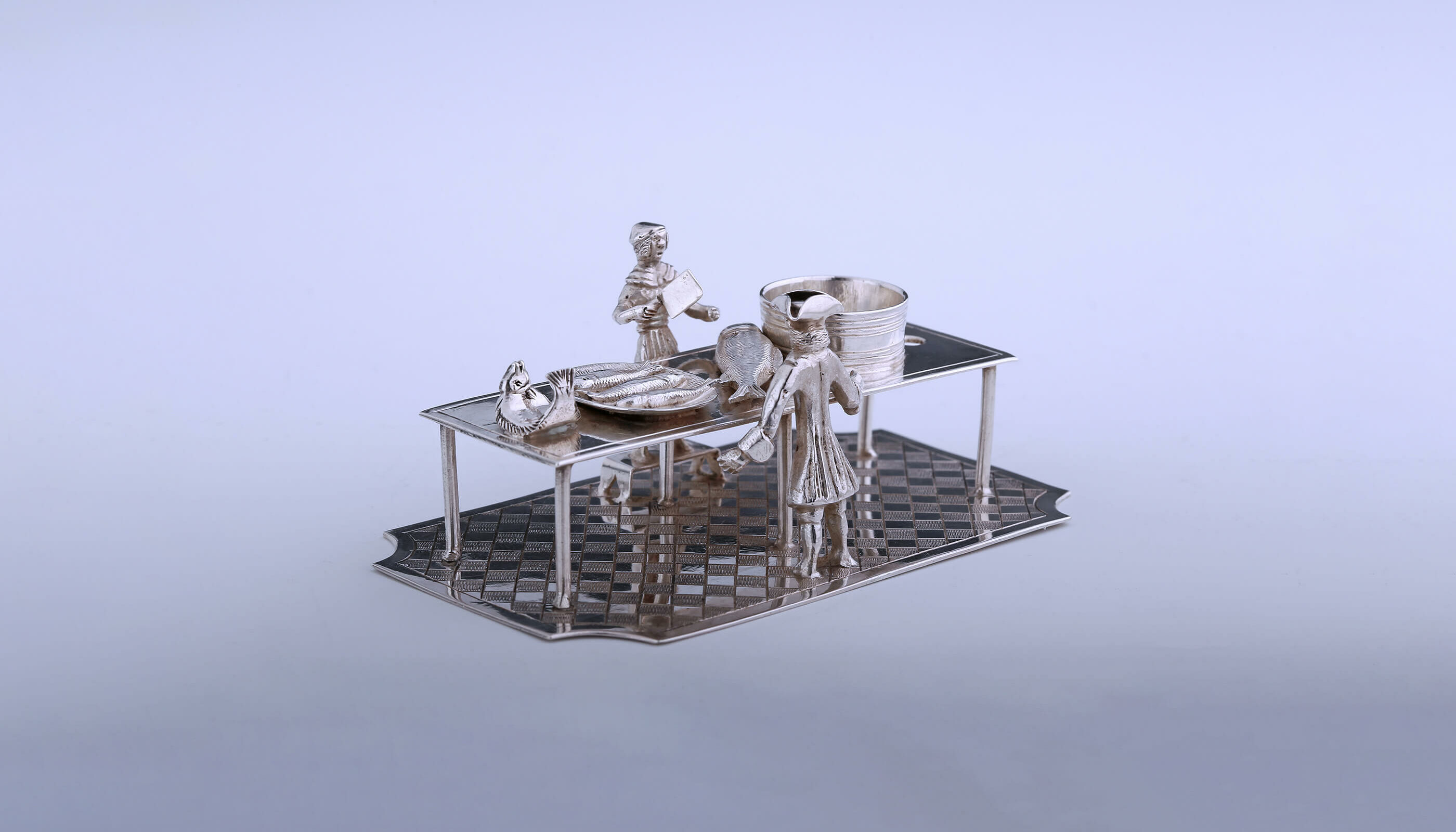 This rare silver miniature fish stall is one of the only two known examples. It was made in 1763 by the very well-known miniature specialist Arnoldus van Geffen.

In the second half of the seventeenth century well-to-do ladies, chiefly from Amsterdam, had cabinets made as dolls’ houses, which were then furnished with miniature silver household effects. The dolls’ house—like the collector’s cabinet—was intended for display. Indeed, the showpiece dolls’ house was regarded as part of the owner’s art collection. It was a splendid way of emphasizing one’s status and distinction.

By no means everyone could afford a dolls’ house, but many well-off burghers had a collection of miniatures at this time. They were displayed on shelves on the wall or in small cabinets. By the first half of the eighteenth century, the popularity of miniatures in Amsterdam was at its height. It was a real craze. The demand for silver miniatures in Amsterdam was so high that generations of silversmiths specialized in making them. A great many top-quality pieces were crafted. Not just miniature silver household effects were made, also miniature figurines depicting child games and sports, carriages, biblical scenes, and professions were made. 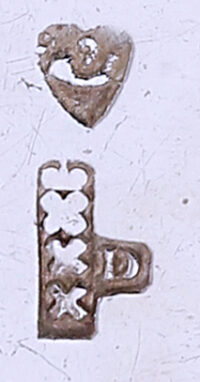