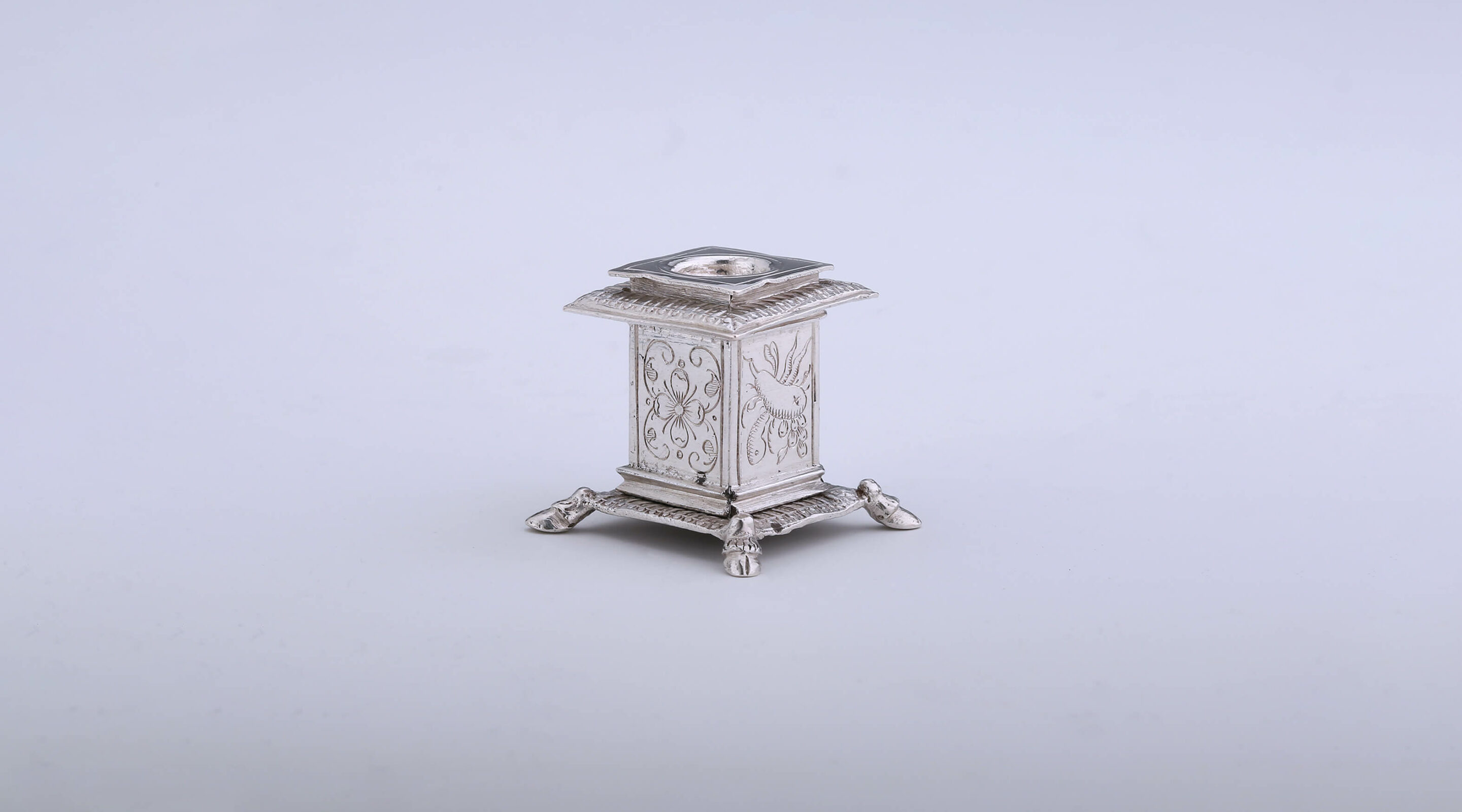 This rare miniature salt was made around 1700.

The salt is square in shape and stands on four hoof-shaped feet. The four sides of the miniature salt are beautifully engraved with fruits and leaf patterns. The salt was put in the dimple on the top.

In the Middle Ages salt was mined in the Netherlands by first drying salted peat and then burning it. This salted peat was found in the deltas of the rivers in Zeeland, Brabant and Zuid-Holland. The disadvantage of this method of salt extraction was that the soil level in the deltas decreased and the risk of flooding increased. The saline peat also became depleted. Since the early 16th century, this form of salt extraction was banned and salt had to be imported on a large scale. First it came from France, later from Portugal and then from overseas. Because of this, salt was relatively expensive until the 17th century.