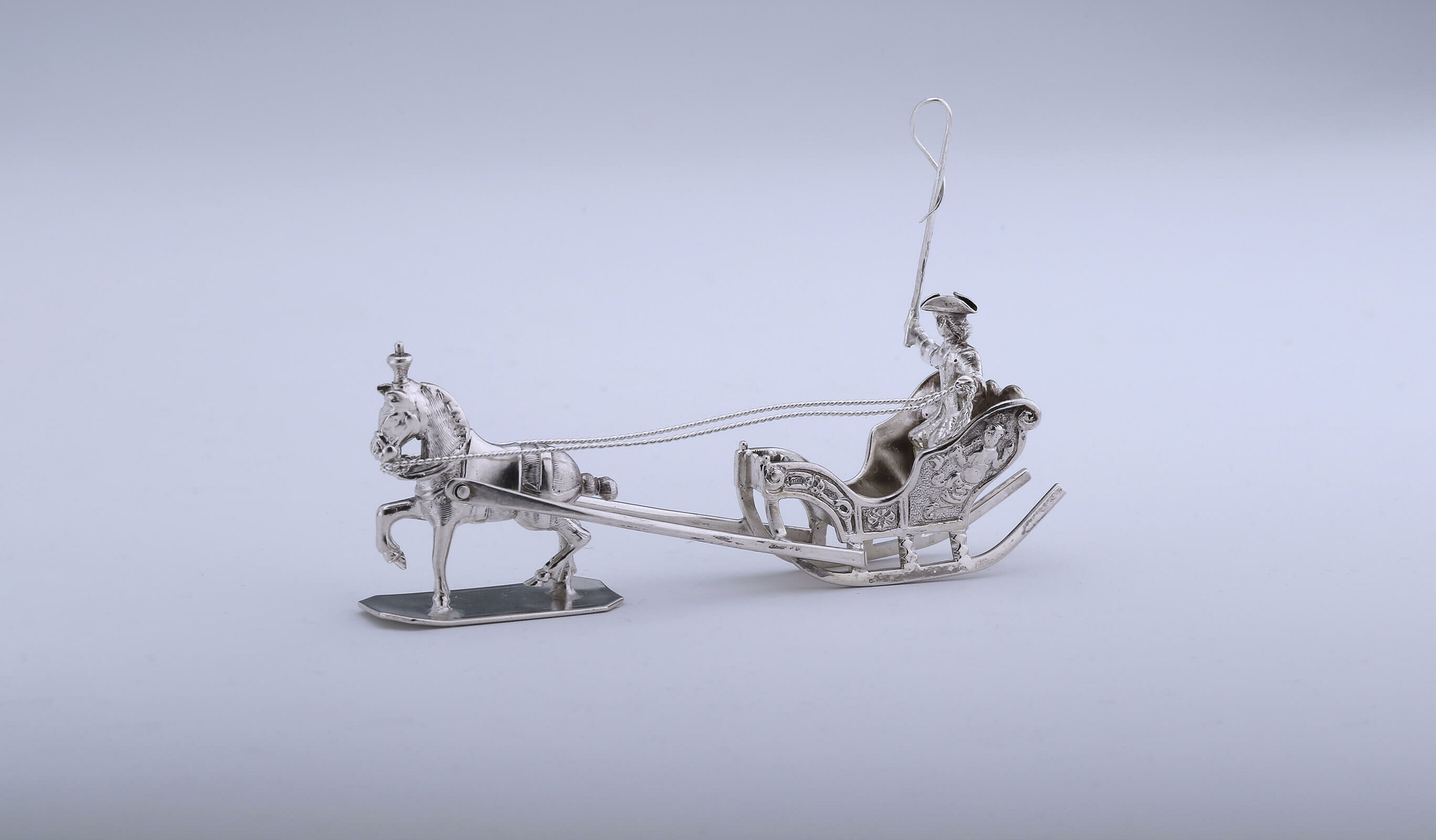 This charming miniature sleigh was made in Amsterdam in 1781 by Johannes Adrianus van Geffen.

In de winter the carriage was often replaced by an arrenslede. The word derives from narreslede, a sleigh for fools. These conveyances were painted in bright colours, and the harnesses were hung with bells like a fool’s costume. Initially this was a single bell, but it developed into a harness with numerous bells. These bells had a practical function: in the silent landscape where every sound was muffled by the snow, the bells jingled when the sleigh was pulled along and everyone could hear it coming.