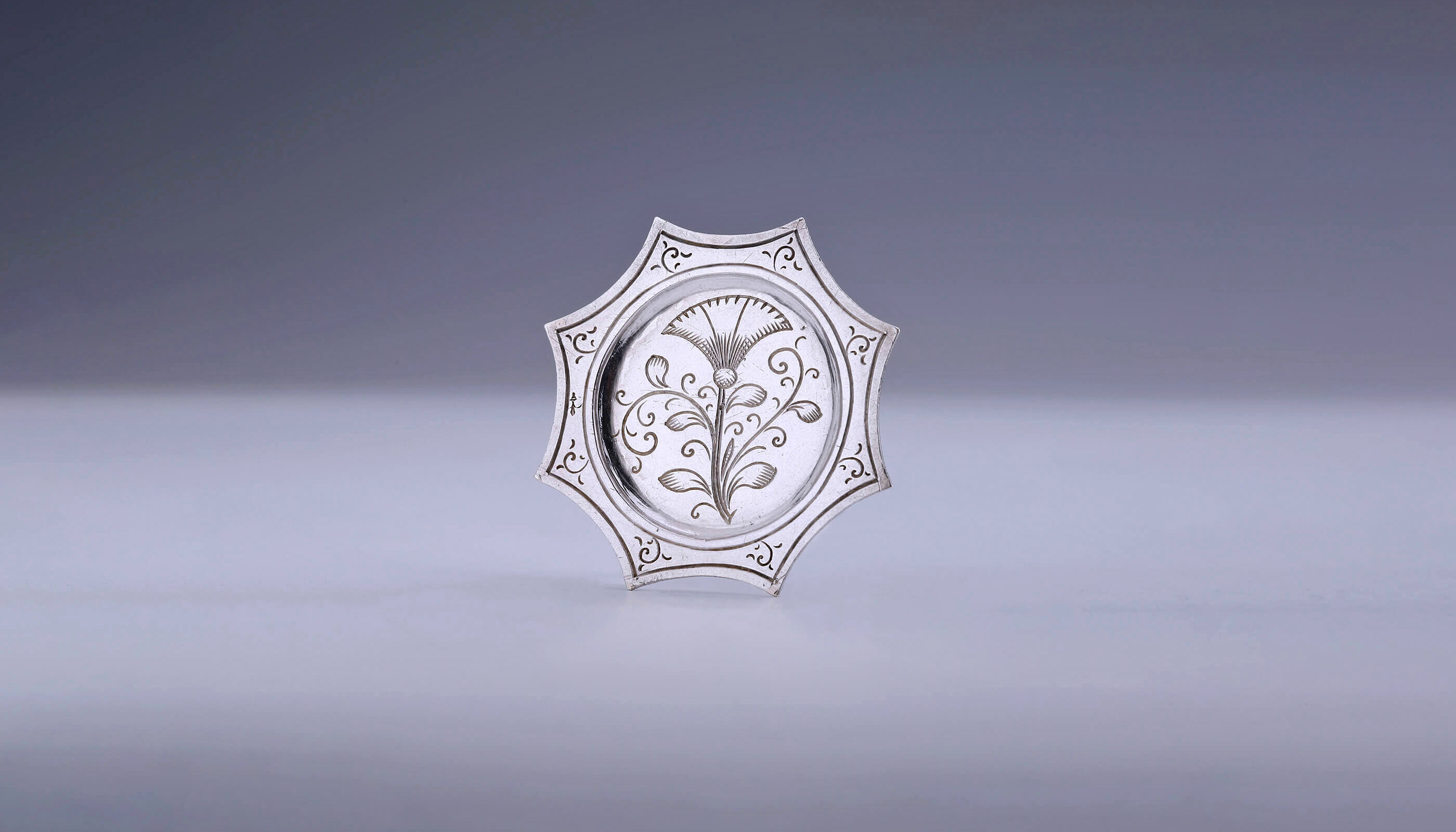 Silver eight-pointed presentation dishes like this one were known as puntschotels and were intended for show. This miniature one was made by Boele Rijnhout in Amsterdam around 1680.
During the Renaissance numerous plain household articles were lavishly decorated with classical motifs. Their practical function made way for a symbolic one – they became status symbols with which the owner could show off his wealth. Precious metals were eminently suitable for making such objects. It was immediately clear that silver objects – made from the same material as silver coins – were very valuable. They served to demonstrate that their owner’s credit was good and that he had money to spare to commission these showy items. Silver remained a status symbol throughout the seventeenth and eighteenth centuries.

It was not just porcelain that was displayed on a chest of drawers or on the wall. The wealthiest citizens also exhibited valuable, elaborately ornamented flagons, bowls, dishes and goblets in silver – and sometimes even gold – to impress visitors. These included tazze (wine cups on a stem with a shallow bowl and a decorated foot), ewer and basin sets, silver beakers (sometimes with engraved motifs), salt cellars, and large presentation dishes like this one.