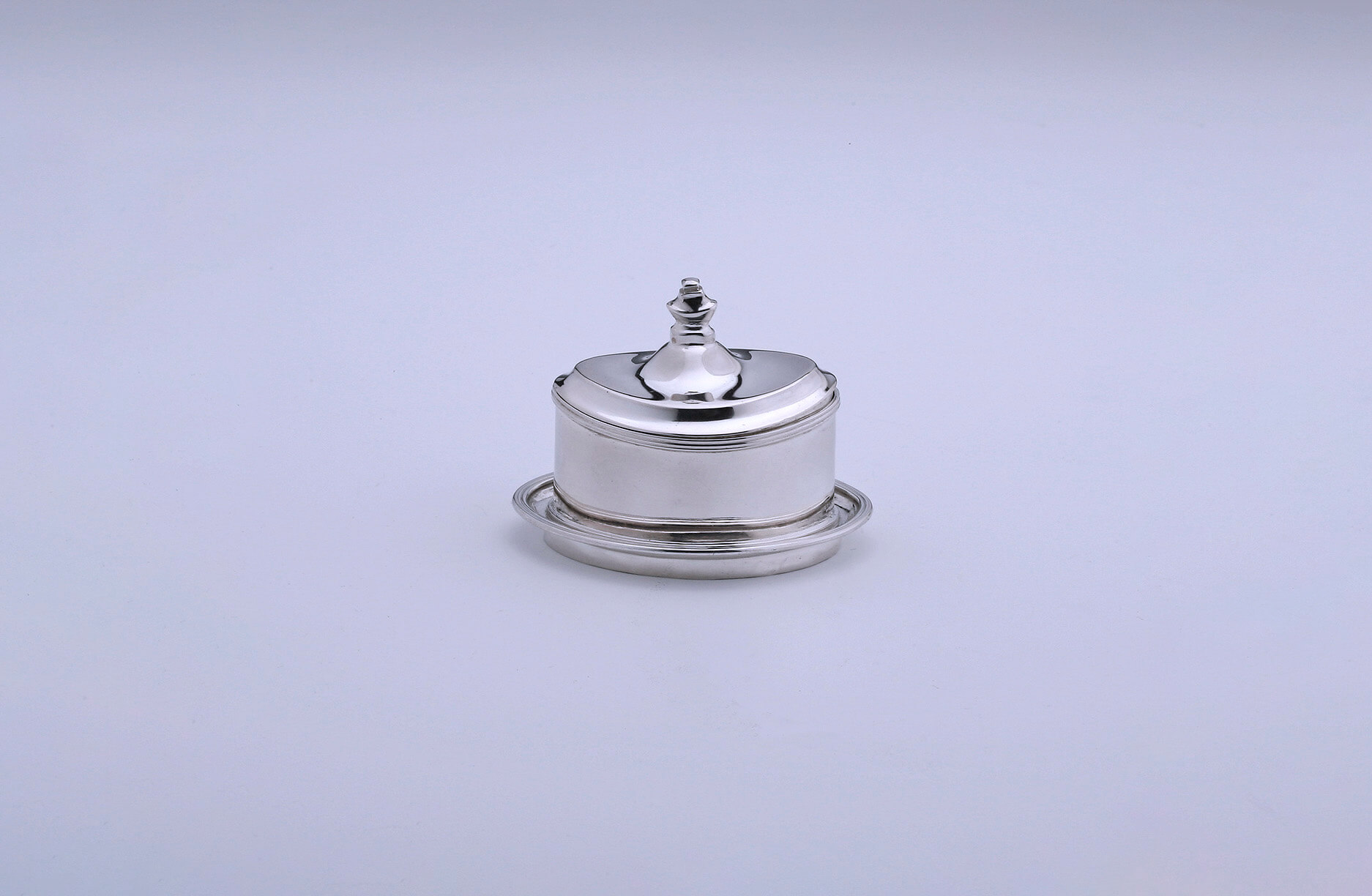 This antique silver miniature tobacco jar was made in Amsterdam in 1806 by Jacobus Carrenhof. The oval barge shape is typical of this period. The tobacco jar stands on a fixed saucer.

Tobacco was initially used for medicinal applications, but it became best known as a stimulant. From about 1580 onwards, pipe smoking, and later snuffing and chewing, were the ways to enjoy tobacco in the Netherlands. Cigarettes were not yet known. They were first introduced in the Netherlands after 1850.