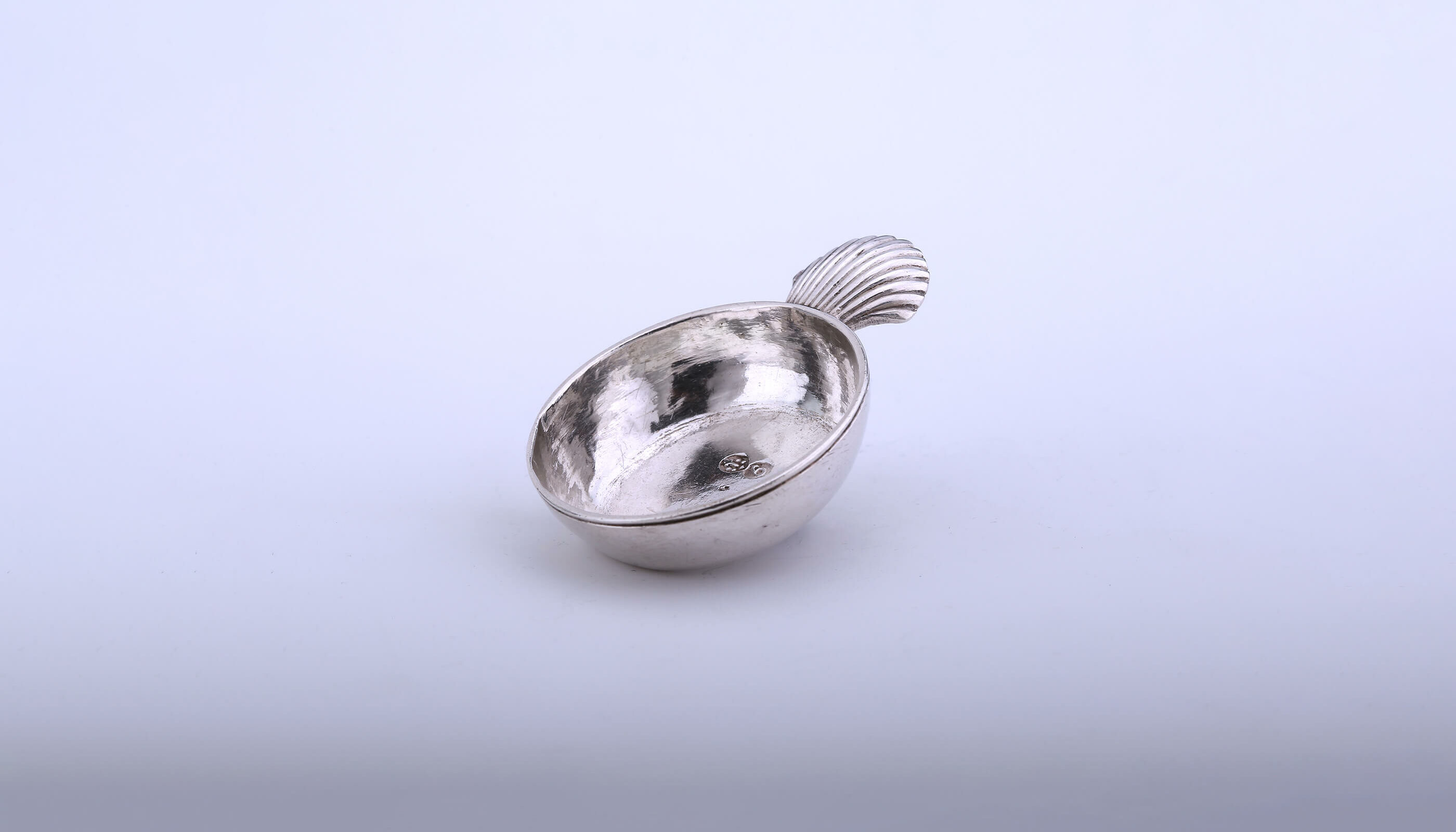 This miniature wine taster was made in Haarlem in 1789 by Jan Soutman.
In the seventeenth and eighteenth centuries city canals were also used as sewers, which caused serious water pollution. In the summer, when temperatures rose, the stench would become so unbearable that those who could afford it would move out of the city. Water had to be boiled to kill off the germs before it could be used for consumption. Beer and wine were safe to drink because they underwent a fermentation process. Beer – a weaker brew than we know now – was drunk throughout the day. Wine, however, had to be imported, which made it more expensive, so drinking it on a regular basis was the preserve of the upper class.