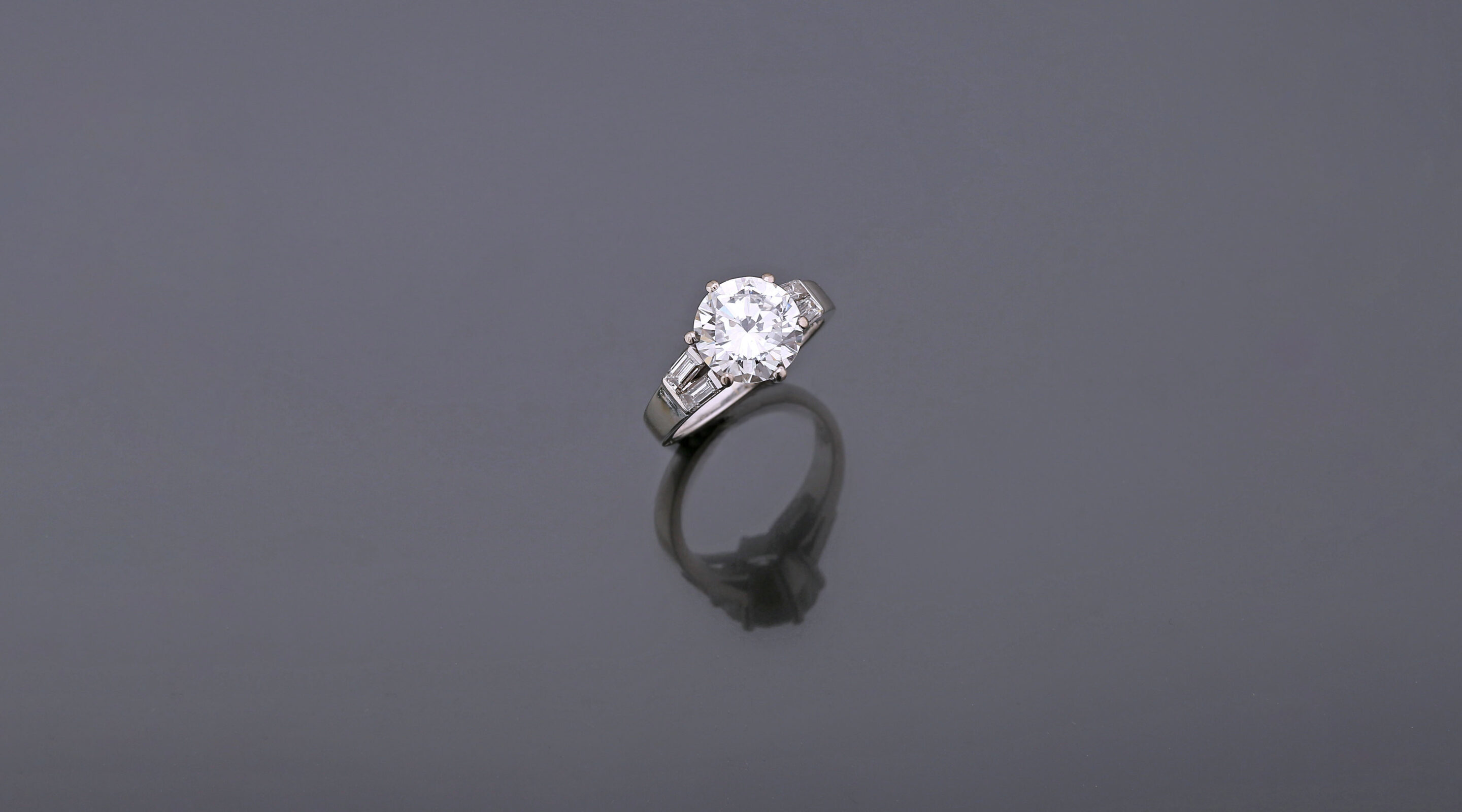 This 18 carat white gold ring is set with a beautifully bright and lively round brilliant cut diamond weighing 3.42 carats, with two baguette cut diamonds on either side.

The important center stone is described in certificate no. 08020274002 from the Antwerp World Diamond Centre. The color is H - white - and the clarity is VS2. The cut has good proportions. The four baguette cut diamonds weigh a total of circa 0.2 carats.

The centre diamond in this ring is brilliant cut. The first cuts in this model were introduced in the mid-seventeenth century. Also known as Mazarins, this shape had seventeen facets on the crown side (the top). Vincent Peruzzi, a Venetian diamond cutter, later added another sixteen facets, bringing the total to thirty-three (the Peruzzi brilliant). This greatly increased the brilliance and fire of a cut diamond. The technique of cutting round stones had not yet been mastered, so these first brilliants were all rounded squares or rectangles.

The cushion cut, also known as the old mine cut, was developed at the beginning of the eighteenth century. Some time later the Old European Cut was introduced. It had a shallower pavilion, a slightly more rounded shape and a different arrangement of the facets. The Old European Cut was the most advanced cut during the nineteenth century and is the forerunner of modern brilliants.

New developments in diamond-cutting tools in the nineteenth century ultimately led to modern diamond cuts. The most important was the round brilliant. In 1919 Marcel Tolkowsky analyzed this shape: his geometrical calculations took into account both brilliance (the amount of white light reflected) and dispersion (fire = rainbow colours), and he devised an ‘ideal’ cut. Diamonds in this Tolkowsky cut, or in later refinements of this brilliant cut, are known as brilliants.