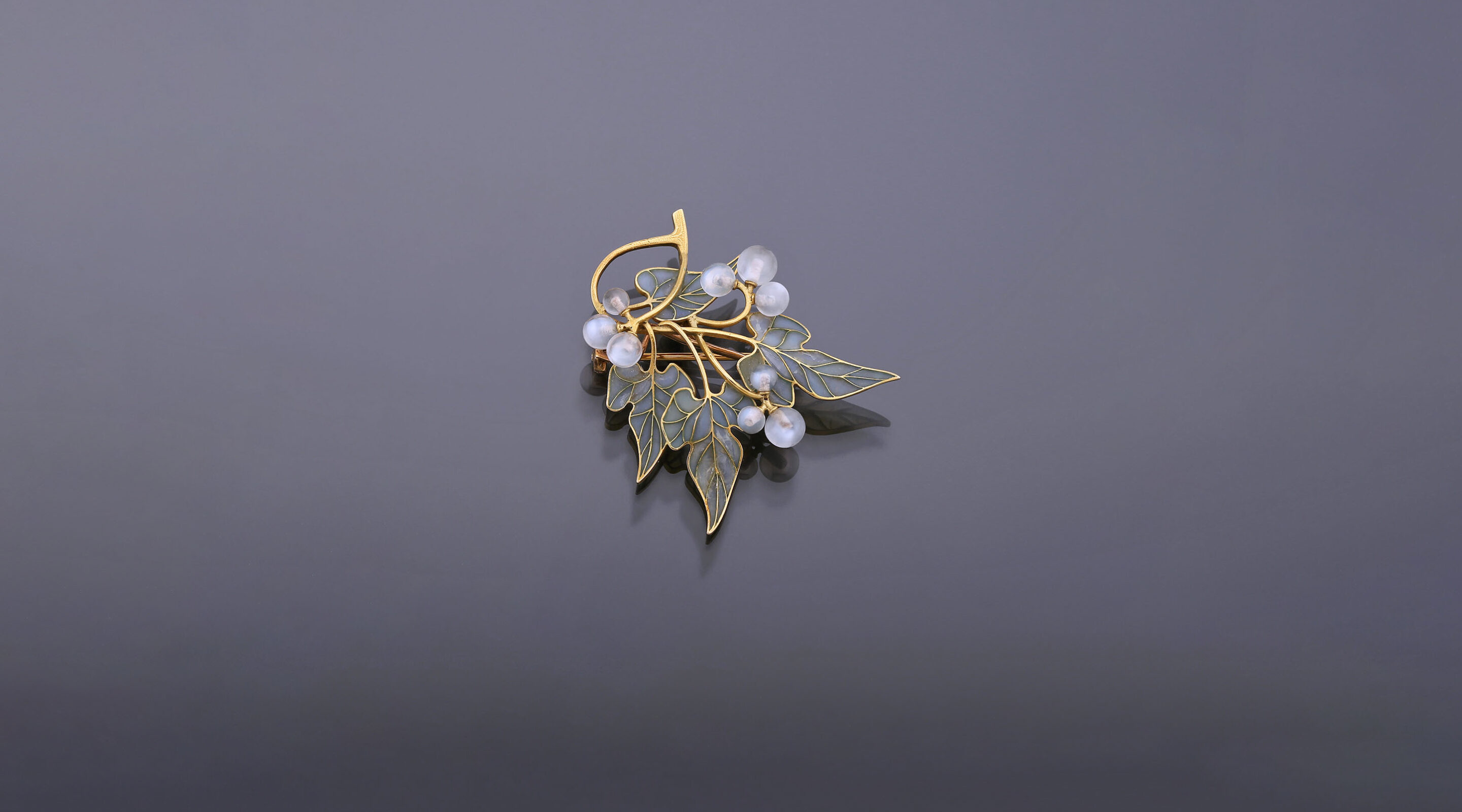 This superbly elegant Art Nouveau brooch was made in Paris around 1900 by Henri Vever of gold, enamel and moonstone. The gold veins of the ivy leaves are decorated with a matte soft green plique- à- jour enamel. The berries are made of moonstone, giving them a beautiful soft lustre.

Henri Vever (1854-1942) studied painting and although he continued to do so throughout his life, he continued the family tradition and became a jeweller and head of Maison Vever. This jewellery house, founded by his grandfather, played a leading role in the art nouveau movement. In the late 19th century, when the Art Nouveau style came into vogue, the characteristics of this movement - a preference for flowing lines, nature-inspired motifs and enamel - were reflected in the house's designs. Vever had a particular interest in Asian and Islamic art and its influence on Western art, especially jewellery.

At the beginning of the new century the Maison moved to No. 14 Rue de la Paix into purpose built premises that allowed them to combine the shop and workshops in the same location. Henri began the vast undertaking of writing a three volume work on 19th century jewellery ‘La Bijouterie Française au XIXe Siècle’, an invaluable reference book on the history of French jewellery from the Empire to the Art Nouveau.