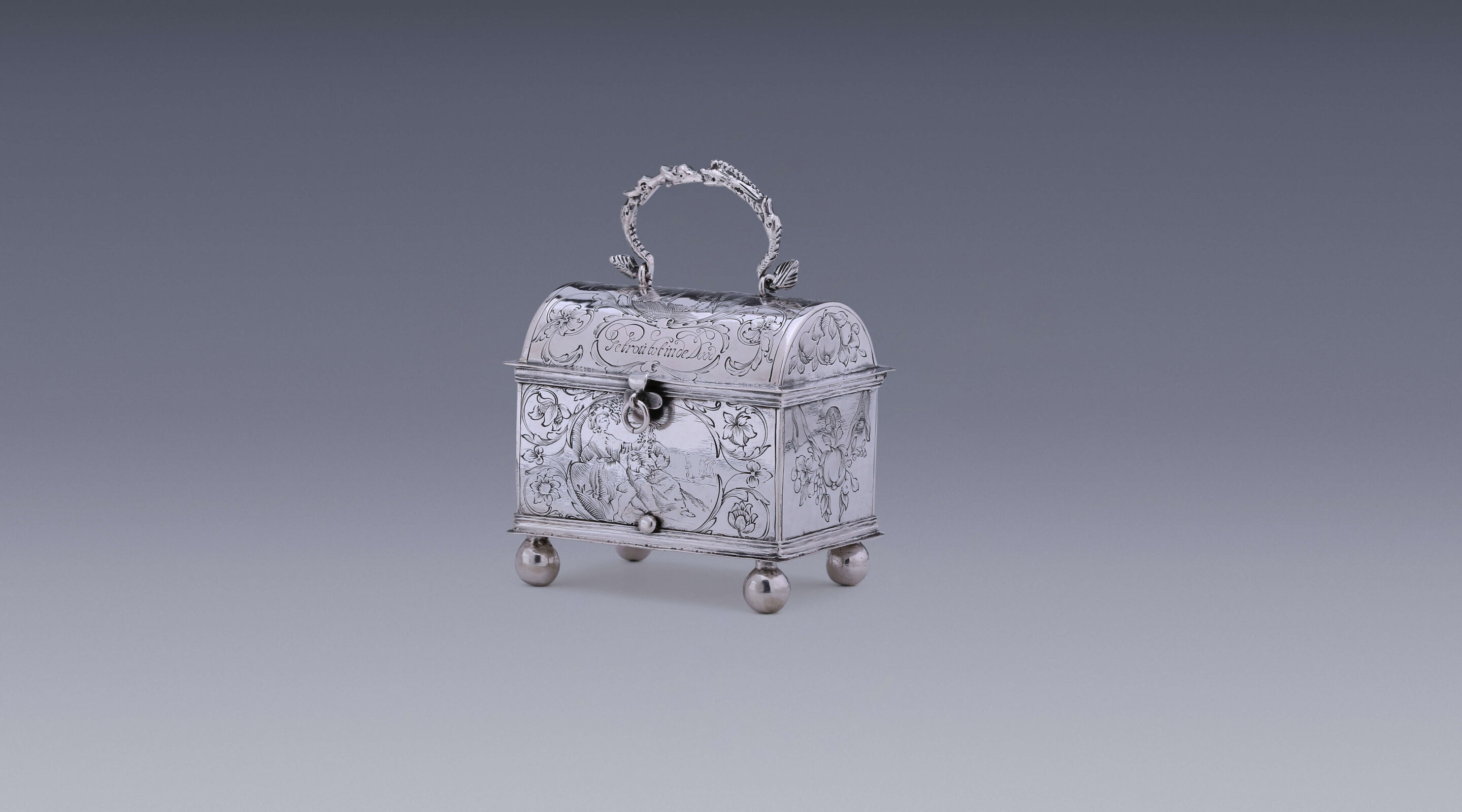 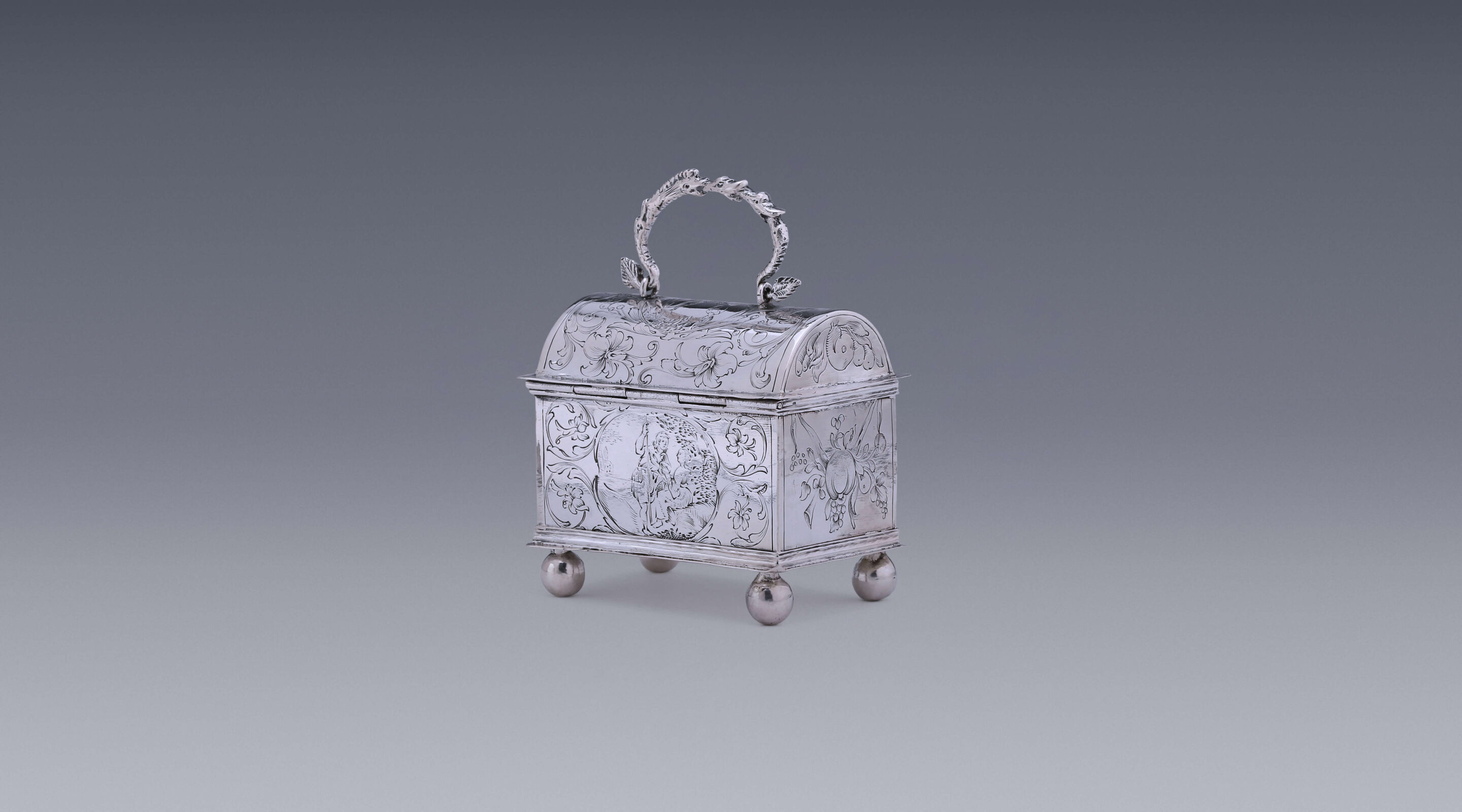 This rectangular marriage casket or knot box stands on four ball feet. The front, back and lid are finely engraved with cartouches surrounded by foliate scrolls. Each cartouche features an elegant couple. Below the cartouche with the couple on the domed and hinged lid, a second cartouche is engraved with the text: "Getrou tot in de Dood" (Faithful until death). The sides of the casket are engraved with fruit bunches hanging from ribbons. On the lid is a hinged handle composed of several fish holding each other's tails.
A marriage casket was a valuable gift from a man to the woman he wanted to marry.

The term knot casket or knot box derives from an old Frisian custom for proposing marriage. A young man would tie silver coins loosely in an embroidered linen cloth. Carrying this ‘knotting cloth’, he would walk past the young lady who had caught his eye. The clinking of the coins in the cloth would give the woman some idea as to whether the man had the means to look after her. If she agreed to the match, she would tighten the knot. If she did not, the man could go on his way without losing too much face. In wealthy and aristocratic families the knotting cloth would be replaced by a miniature silver casket or box—the knot box.  As the box was proffered, the young man would recite this little verse:

Will you?—If you will
Then keep the knotting cloth
If you will not
You must give the knot back to me

This gave the lady in question far more say in the matter than had previously been customary. For centuries a woman was the property of a man throughout her life, belonging first to her father and later to her husband. Old matrimonial laws record how the price for the transfer of ownership of a young woman could be arrived at. Gradually, however, women were given more say in the choice of their marriage partner, even though marriages were still arranged. What had been a selling price became the bride’s dowry.
Most knot boxes are rectangular and take the form of a miniature wedding casket with a domed lid. The little box was valuable in its own right, as it is made of silver—like the coins that would be placed in it.