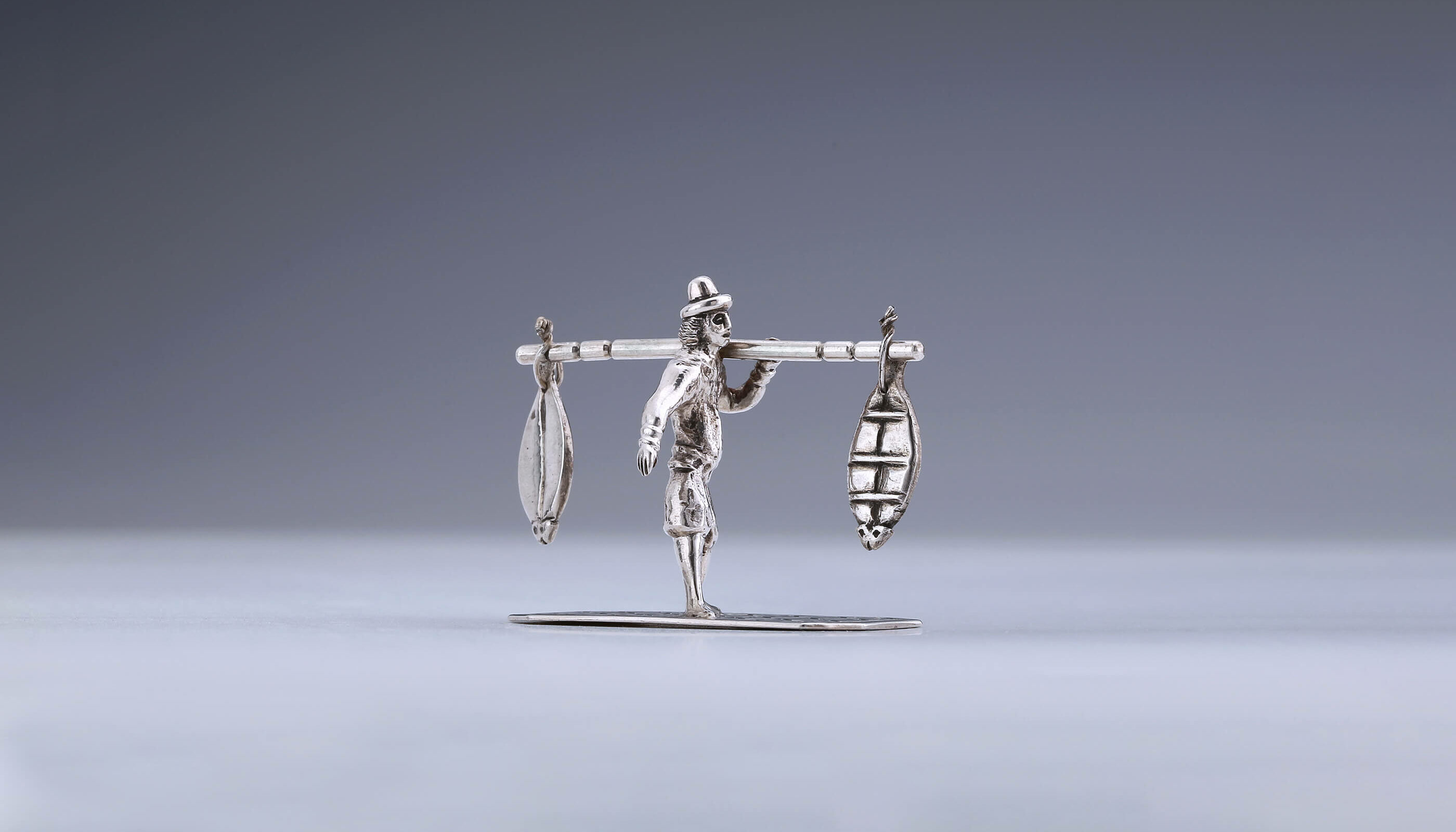 This miniature Fishmonger was made in 1779 in Amsterdam by Johannes Adrianus van Geffen.
Made almost exclusively in the netherlands, chiefly in Amsterdam, figurines are a separate category within antique Dutch miniature silver. They were intended not for dolls’ houses but for display in small cabinets, and provide a fascinating and enlightening insight into the day-to-day life of the seventeenth and eighteenth century. Crafts, trades and professions, games, sports and entertainments, modes of transport and biblical scenes – all were captured in silver on a diminutive scale. The figures were usually mounted on flat silver bases, often with cobblestones engraved on them to create the effect of a street, which sometimes had a chased border
Many of the figurines depict crafts and occupations that no longer exist, such as this Fishmonger.