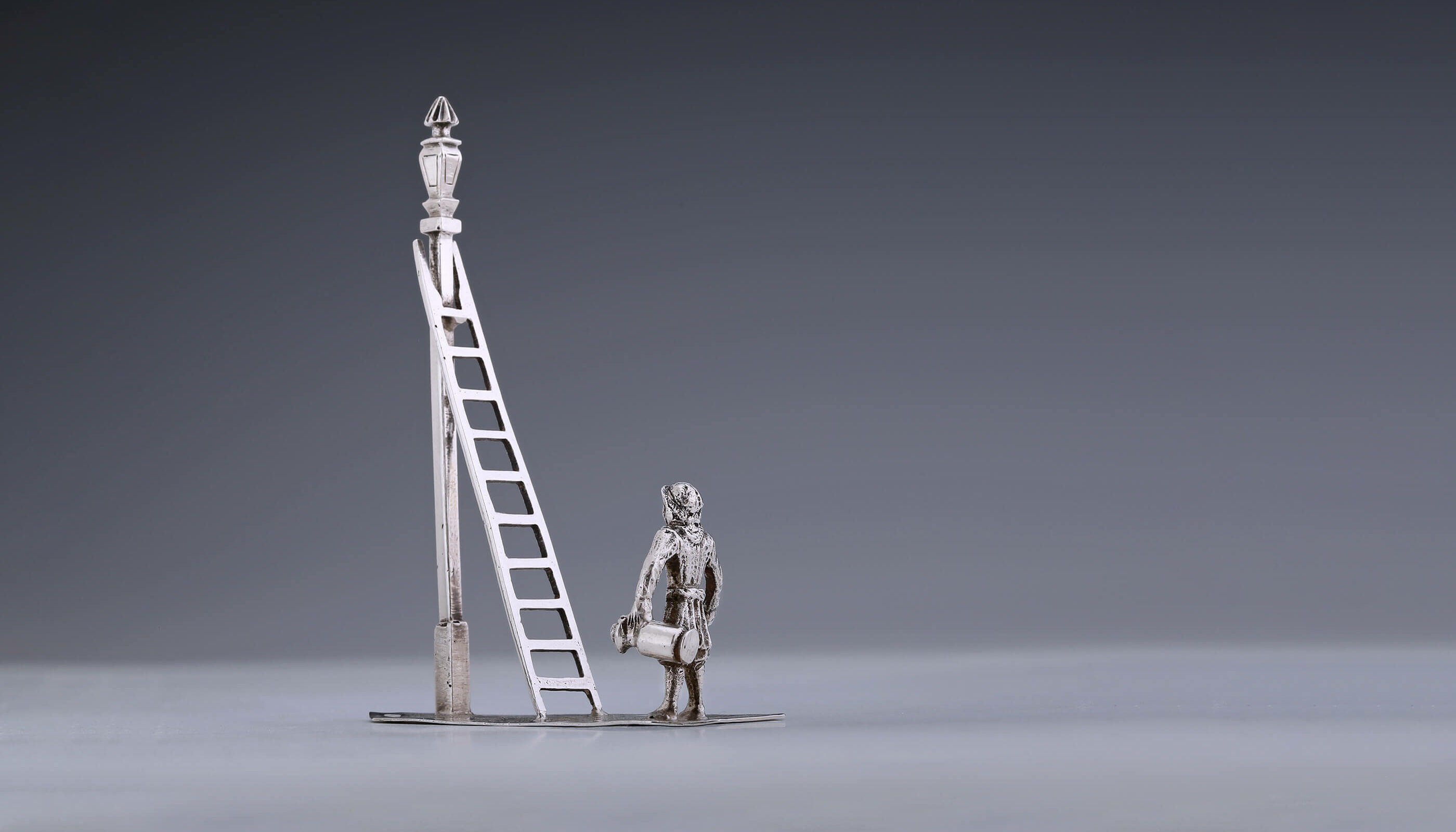 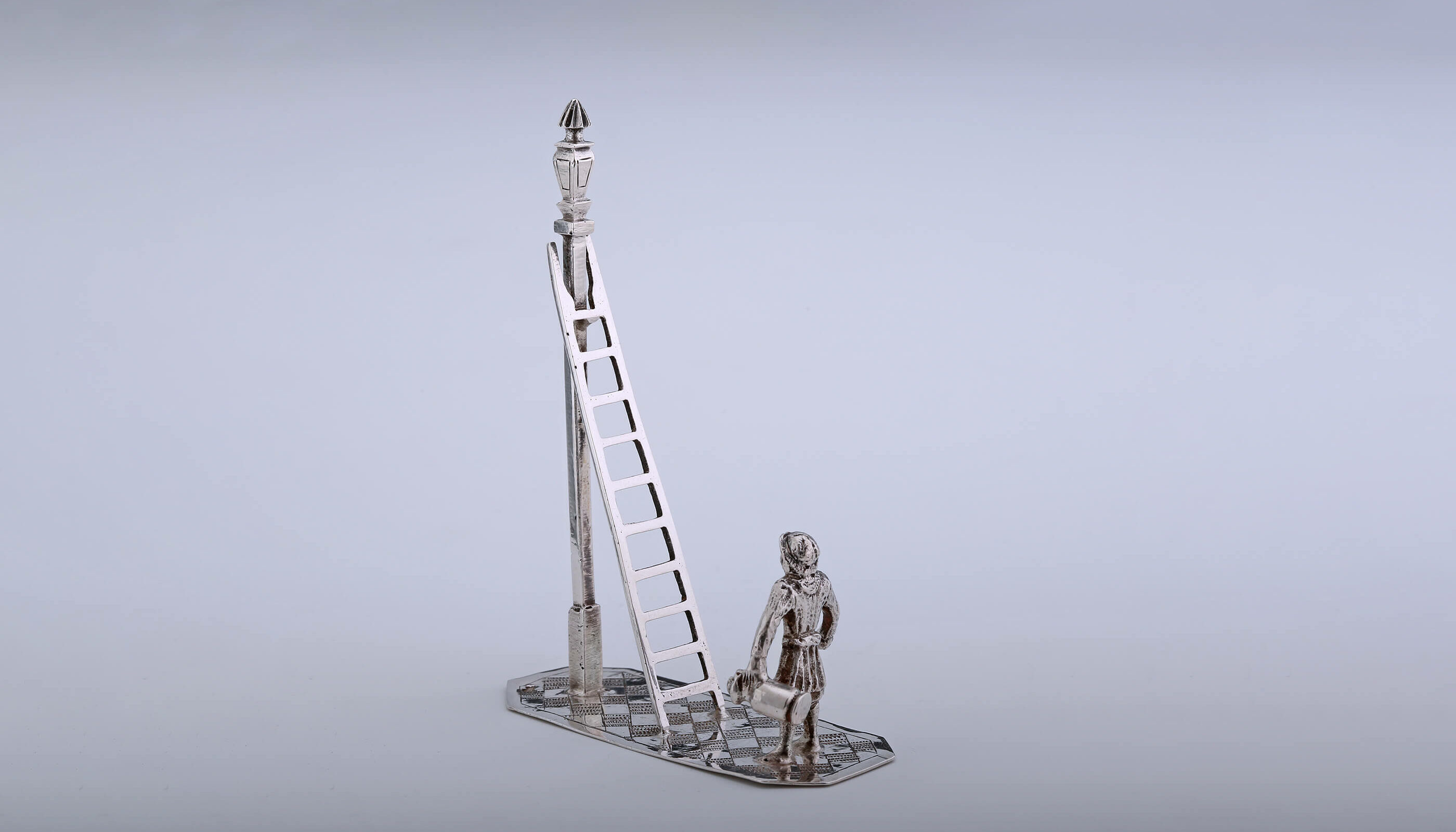 This miniature lamp lighter was made in Amsterdam around 1680 and is marked with the anonymous maker's mark 'a bunch of grapes'.

After sunset it was not always safe to be out of doors in the dark streets. People of rank would therefore have a servant carrying a lantern walking in front of them.
In 1505 the city of Amsterdam made it obligatory for people to carry a small lantern after nine o'clock in the evening when they went out on the streets. On 14 December 1570 the city of The Hague was the first to install 33 street lamps in its city centre, and this number stayed the same for decades. Almost a hundred years later Amsterdam followed its example and in 1669 Jan van der Heyden began the task of placing or hanging street lights around the city; a total of 1800 street lights was put in place in the course of only one year’s time.

All these lamps had to be individually lit at sunset by a lamplighter, a profession that no longer exists.