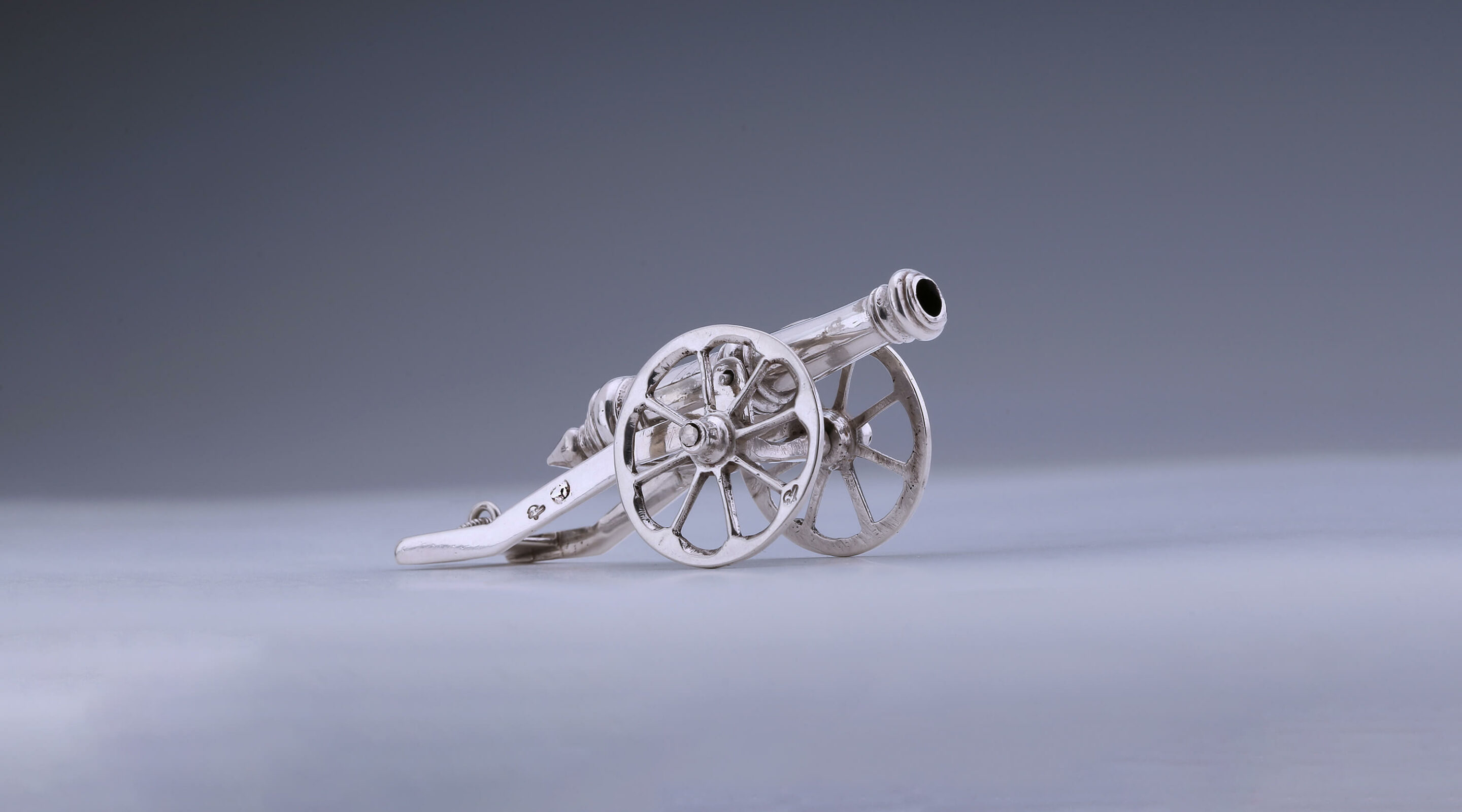 This miniature silver cannon was made in Amsterdam around 1680 by an unidentified silversmith who used a bunch of grapes as his maker's mark.

Back then, each town had a civic guard (‘schutterij’). It was a militia run by the townspeople and established in the Middle Ages to protect the city or village against an attack, or to maintain order during an uprising, fire or visits by prominent people. The civic guard had cannons at its disposal for the defence of the city. These would also be fired in peace time, the gun salutes adding to the celebrations during festive occasions or special events.

Around 1600, a canon could be fired no more than two or three times every ten minutes, as there was a danger of the gun exploding if fired too soon, it's barrel still being extremely hot after the previous shot. To keep a battery of canon operational a whole range of people was needed. The core of the group consisted of the gun crew. These gunners had to be protected in the open field against attacks by hostile cavalry and infantry troops. This was the job of the pike-men, who carried lances measuring 5.5 metres in length. Each canon stood on a mount or gun carriage, which had big wheels so that it could be moved more easily. This type of gun had two wheels and what is known as a trail-spade at the back to minimise the recoil during the firing.