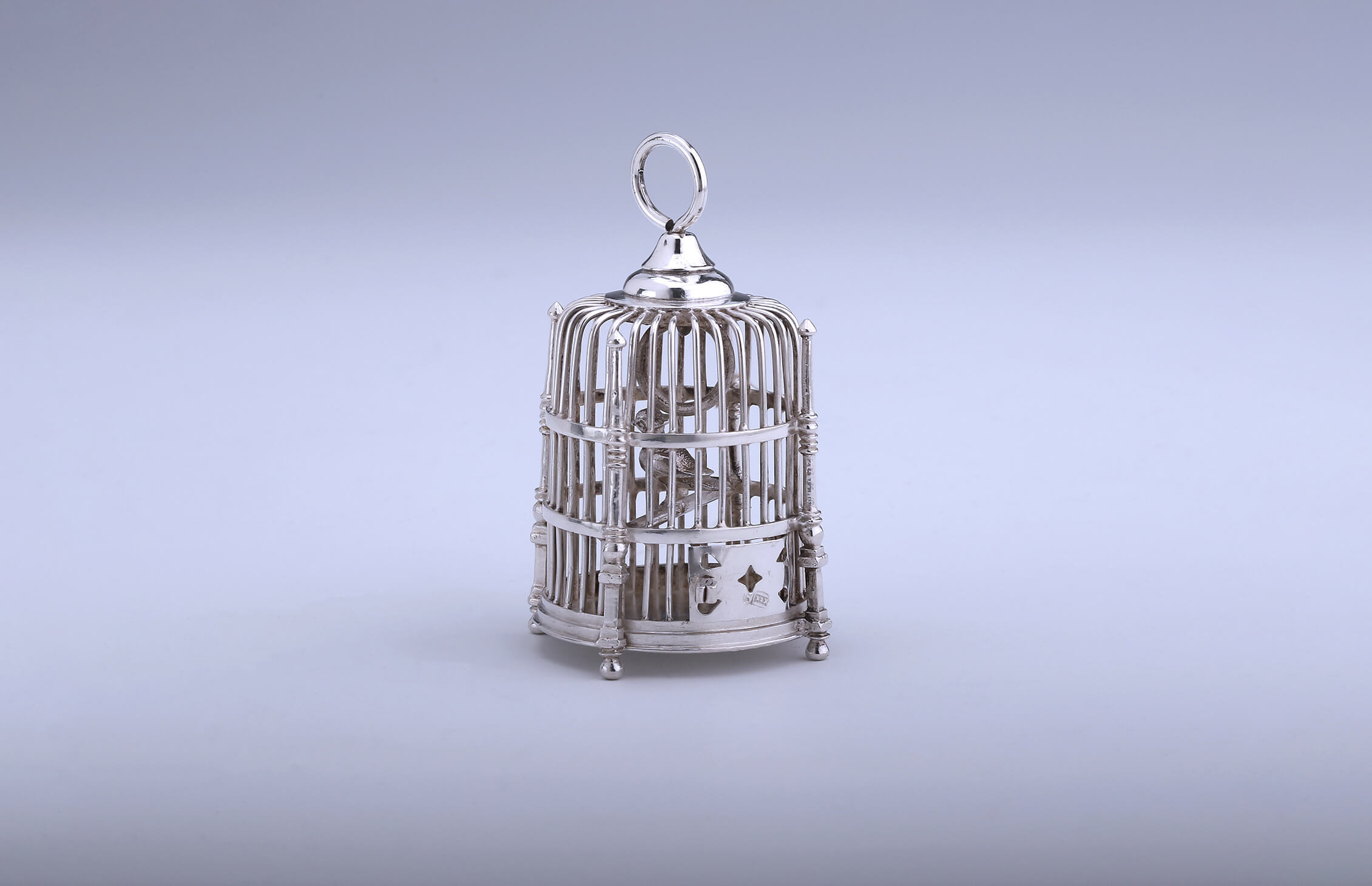 This antique silver miniature birdcage was made in Amsterdam around 1730 by Arnoldus van Geffen.

Bird cages were probably a common sight in many 17th century Dutch homes. Companion birds were valued for their singing, liveliness and sometimes their bright plumage. Birds such as canaries or song finches were first brought to Europe by Portuguese trading ships. They were not only coveted objects in themselves, but were also beautifully presented in attractive cages such as this one.

Birdcages were also often found in the kitchen. In addition to being decorative, they also had a practical function. When too much carbon monoxide was produced in the kitchen, the bird would be overcome and fall of its perch. This signalled the need to pen doors and windows at once to let fresh air in. It has passed into the Dutch language in the saying van je stokje gaan, which means to faint.