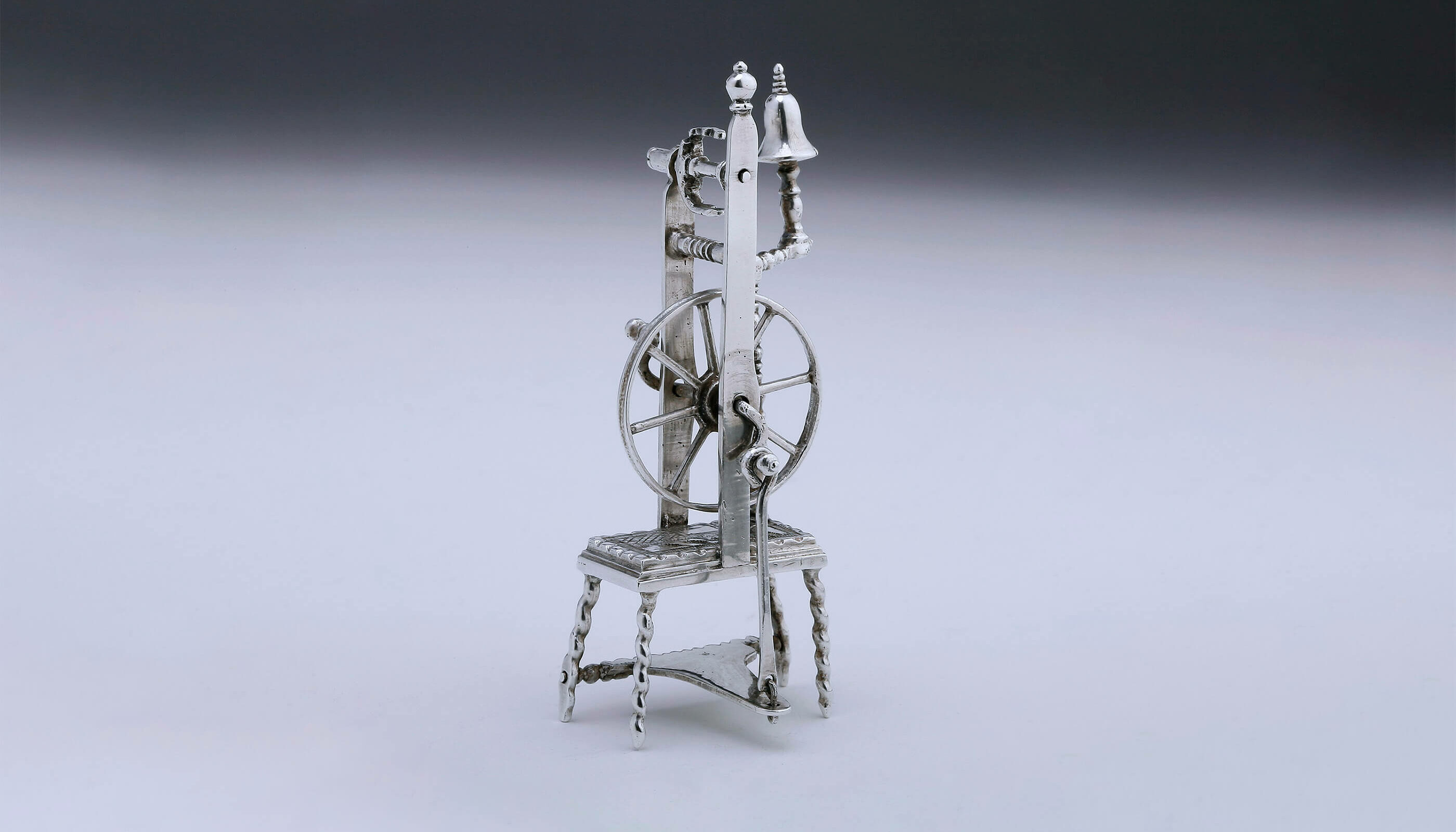 Man has been spinning fibers for centuries as woven cloth cannot be made without producing yarn or thread. Yarn was wound onto a weighted stick with a twist as the spindle was dropped downward, pulling thread from the pack of unspun fibers.

There is uncertainty about the development of the spinning wheel as some argue it was developed in China as early as the sixth century for silk and ramie spinning, while others believe it may have developed later in India for cotton. Early Eastern spinning wheels are similar in that the base sat on the ground and the wheel was powered by hand or hand crank. These wheels reached Europe about the 12th century. Sometime in the 17th century a foot-pedal or treadle was added to some ‘low’ wheels so the spinner could work sitting down.

In the Netherlands, like bobbin lace and embroidery, spinning on a spinning wheel was seen as an activity for virtuous women, but by the late 17th century it was practised only as a pastime among the well-to-do. The maids engaged in it while looking after the children, so the spinning wheel was often found in the ironing room or in the kitchen.
Every doll's house in the 17th and 18th century therefore had to contain a miniature model, preferably made of silver. This beautiful silver example was made in Amsterdam around 1730 by Pieter van Somerwil I