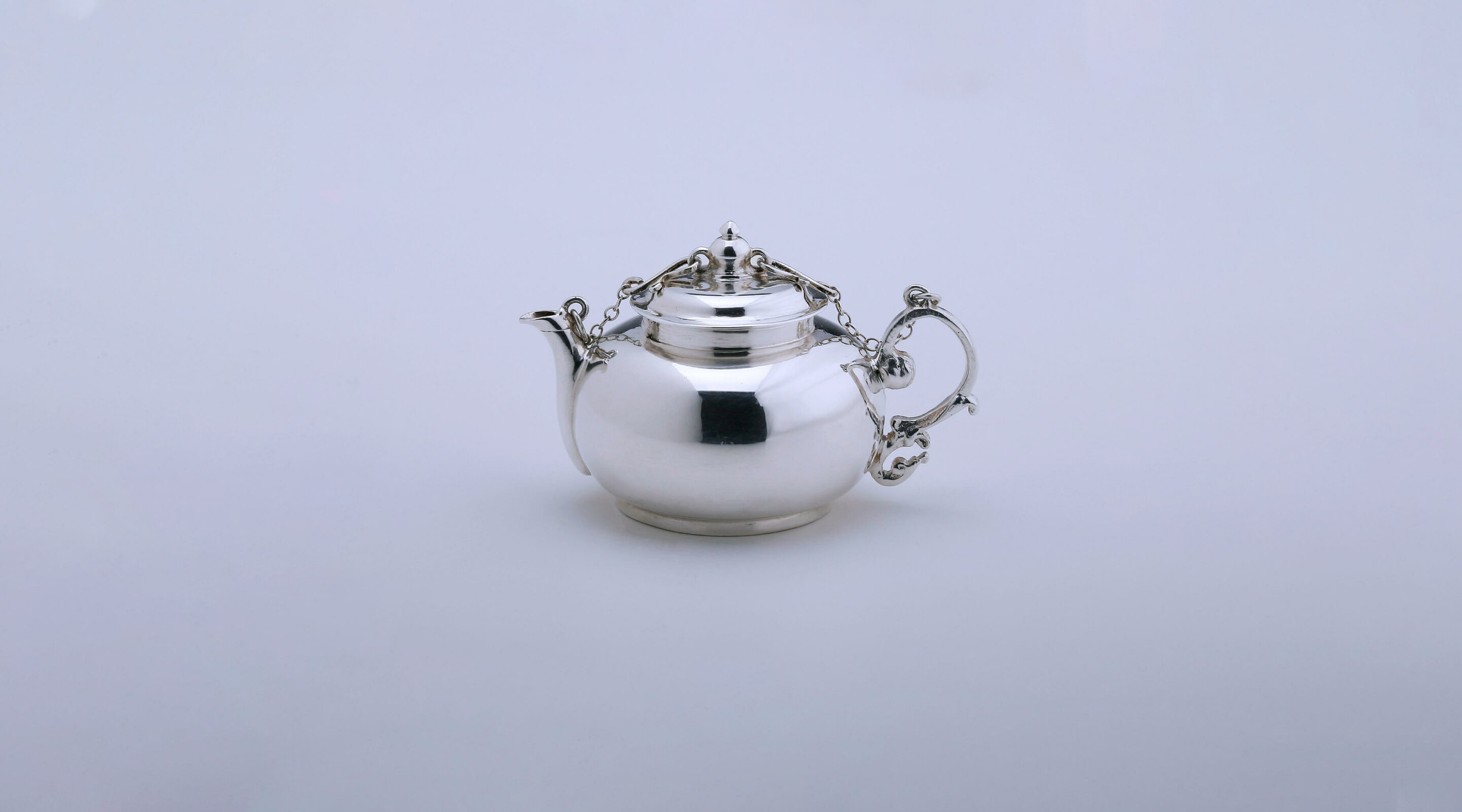 This charming miniature teapot was made in Amsterdam at the end of the 17th Century - around 1680 and is marked with the known but unidentified makers' mark a bunch of grapes. The lid of this teapot is attached to the spout and the handle with a chain to prevent it from falling into the cup when the tea is poured.

First Silver Teapots in the Netherlands

In the seventeenth century people generally used small teapots made of oriental porcelain, brass or earthenware, modelled on Chinese rice wine pots. Very strong tea was made in the pot and then diluted in the cup with boiling water from the kettle. From correspondence and inventories, however, it appears that around 1665 there were silver teapots in both The Hague and Amsterdam. The earliest surviving example was made in The Hague by Adam Loofs in 1692. Tea was prohibitively expensive at that time, and anyone who could afford tea commissioned costly utensils for it, preferably in silver.