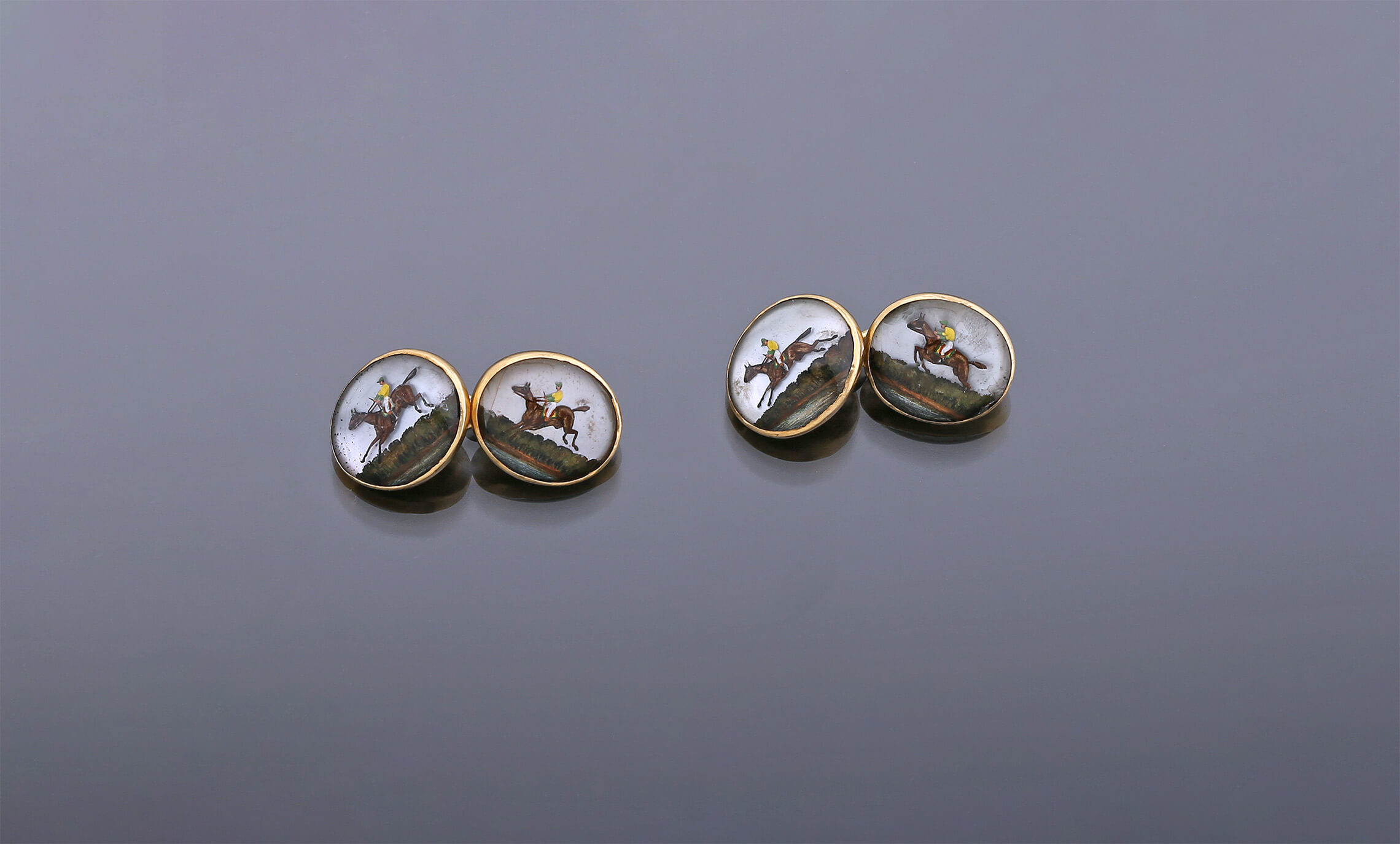 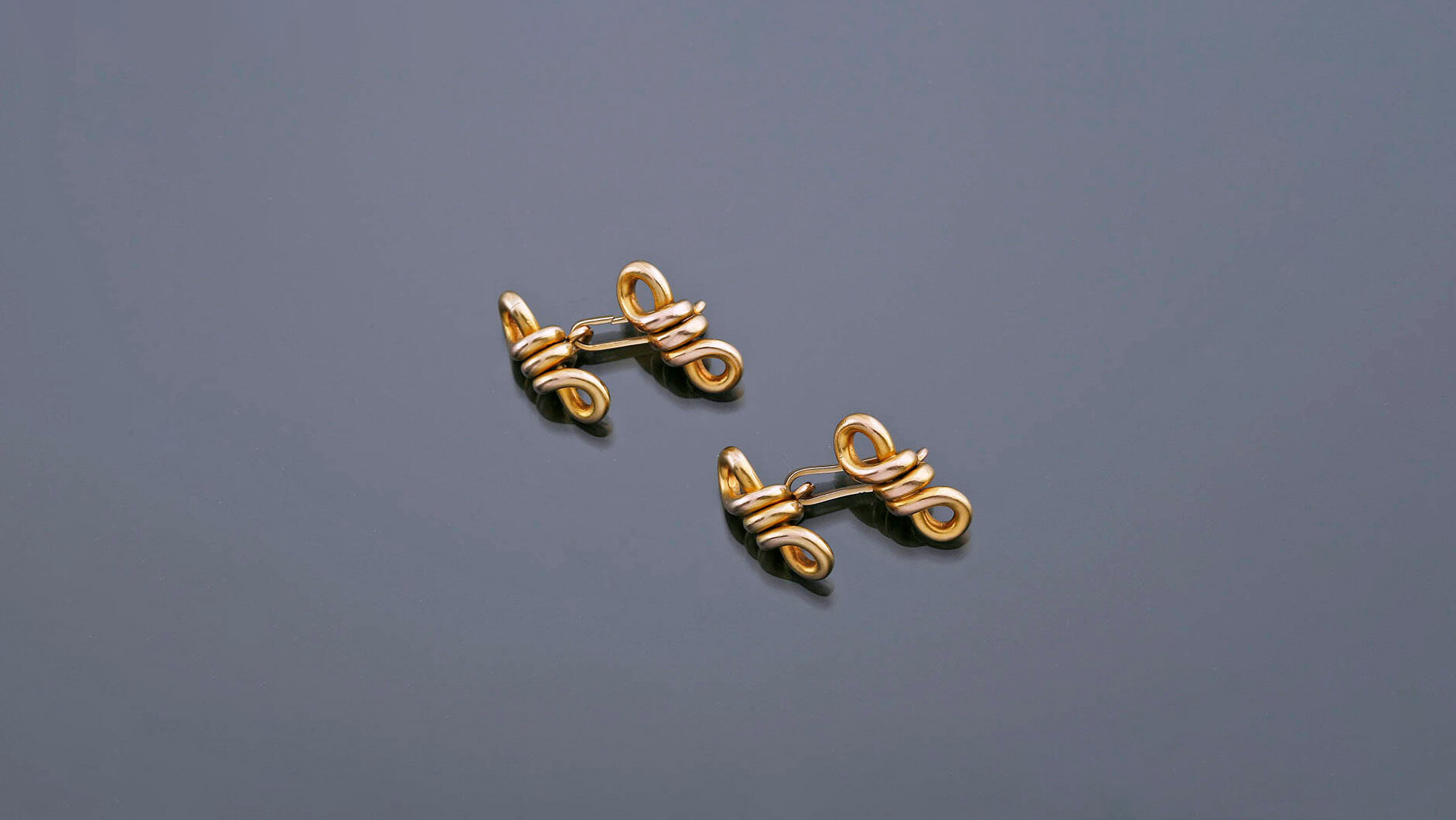 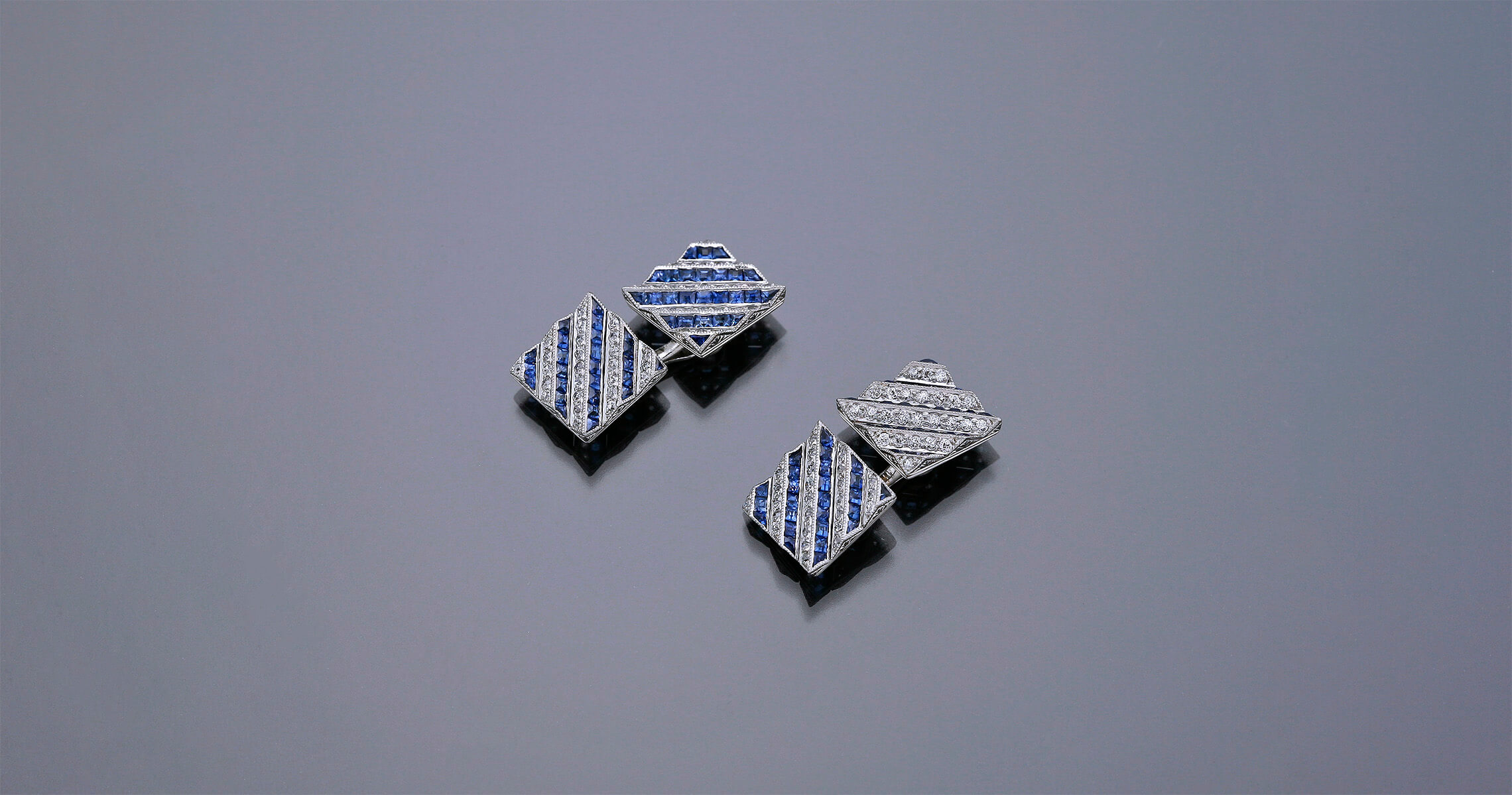 A man is not fully dressed without a good pair of cufflinks. There are matching ones for every occasion. Preferably the double cufflinks, so both sides of the cuff are equally beautifully finished.

If you scroll through these pictures you will see some examples of cufflinks from our collection. Click the 'read more' button to read the descriptions.

The evolution of cufflinks was determined by the history of the man’s shirt. For most of its history, the shirt has functioned as an undergarment. After the late Middle Ages, the visible areas of the shirt -the neck, wrists, and front- became decorative features of male fashion. The precursors of cuffs first appeared in the early 1500’s as tiny ruffles at the wristband of the shirtsleeve. Ruffles were sometimes an inch wide, sometimes flowing and sometimes folded back. In the seventeenth century the decorative lacy cuff of the Renaissance gave way to more practical styles. Noblemen began using ribbons to tie their cuffs and their elegance became a status symbol. Although cuff strings were worn until the early nineteenth century, in the last years of Louis XIV reign, fashionable men began to wear pairs of identical or similar (jewelled) buttons, joined by a shorter chain- to fasten their sleeves. Even today the French phrase is bouton de manchette, or ‘sleeve button’.
By the mid-nineteenth century, those elaborate wrist ruffles had evolved into the modern shirtsleeve cuff. Collars, cuffs and shirtfronts were almost always white and stiff. Starch was very popular because it accentuated the formality of dress that Victorians found so desirable. By now everyone in the middle and upper-class wore cuff links.
They were considered one of the most important male accessories and a perfect way to distinguish oneself.

2. Cufflinks made of warm yellow gold in twisted cable motif.
England made around 1900.

3. A pair of platinum Art Deco cufflinks, set with diamonds and sapphires, made by J.E. Caldwell, USA circa 1920. Marked JEC Co. G8734